Mumbai-based writer Jerry Pinto is among the nine recipients of the Yale University's Windham-Campbell Prize this year, awarded to English-language writers "for their literary achievements or their potential". 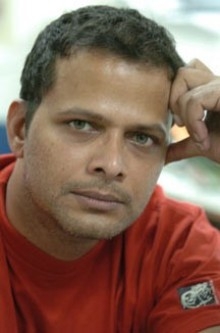 The 49-year-old Pinto, whose book Em and the Big Hoom was released in 2012, was among the winners in the fiction category. His writing was described as ''deeply empathetic, humorous, and humane, drawing on personal experience to tell stories much larger than the lives they contain''.

The Windham-Campbell Prize does not include any submission process. Most writers are unaware that they are in the running and are judged anonymously. Pinto came to know that he had won via a phone call from the university on Tuesday.

He said, "I'm a bit gobsmacked because when my book came out in America, it didn't seem like it had shot to stardom. It had a few good reviews and that's about it. When one writes literary fiction, one knows it's not going to sell a tremendous amount, but this is really nice and really wonderful. It's almost as if someone is looking out for the interest of literature, which is nice."

Pinto added that he has no idea what he intends to do with the $150,000 prize money. "I have spent the last 10 years of my life working with financial literacy. One of the things I keep telling people is that you should be ready for money and know how to deal with it. I have no idea what I am going to do with the money. I'm surprised at my own financial literacy right now. I'm not even looking at the exchange rates."

The winners will gather at Yale University in September for an international literary festival celebrating their work.