Adding to the Netaji death controversy, West Bengal chief minister Mamata Banerjee today said that some letters in the files declassified by her government on Friday, indicate that Netaji Subhas Chandra Bose was alive even after 1945. 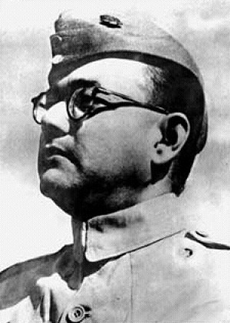 The Trinamool Congress chief's comments came after 64 four secret files relating to Netaji were released by her government today that could help throw light on his ''mysterious'' disappearance, though he was officially declared to have died in a plane crash.

The Bengal CM also said that the documents support the theory that Bose family was snooped upon after his death.

"There are intercepts. I have seen the documents and it is clear from them that the family of Netaji was spied upon," Banerjee told the media in Kolkata.

She termed the snooping incident as unfortunate and said after India's Independence the ''great freedom fighter'' did not get due honour.

"There are certain letters where many have said that he was alive after 1945," the chief minister said.

Fulfilling a long-standing demand, Banerjee described as "historic" the declassification of the closely guarded files and said people should know the truth. The centre has 130 files.

Hidden in police and government lockers for years, the 64 files containing 12,744 pages were declassified in the presence of Bose's family members who have been demanding that information on the leader of the Azad Hind Fauj (Indian National Army-INA) be made public.

"Today is a historic day. Our government has made all Netaji files public. People have a right to know about the brave son of India," Banerjee, who visited the police museum, tweeted.

Later, she said, "We have made a beginning. The people should know the truth. Let the central government also declassify the files (on Netaji). Let good sense prevail on all of us. You cannot suppress the truth. Let truth come out.

"In 70 years, the mystery has not been solved. We did not know what happened (to Netaji). It is unfortunate. How long you can keep it under secrecy. You read the files in details."

Welcoming the declassification of the 64 files, Chandra Bose, Netaji's grandnephew, said, "It is a correct step. Now it is the duty of the central government to declassify 130 files it has with it."

A few days back, The Indian Express had reported that some of these documents suggest that in 1948-49 American and British intelligence agencies believed that Netaji was alive and that he played an important role in Communist uprisings in Southeast Asia.