Leading scientist Sir Paul Nurse has warned that research into the treatment of diseases such as cancer could be harmed by Scotland's independence from the UK, The Telegraph newspaper reported. 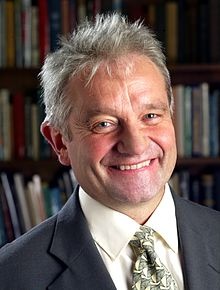 According to Nurse, who jointly won a Nobel Prize in 2001 for medicine with Leland H. Hartwell and R. Timothy Hunt for their discoveries of protein molecules that control the division (duplication) of cells in the cell cycle, the ''wonderfully-innovative biomedical teams'' working in Scotland relied on funds from UK organisations, which might not be available in the event of a `Yes' vote.

The scientist who also heads the £650-million Francis Crick Institute supporting 1,400 researchers had been invited to Scotland to talk about research funding next month by former prime minister, Gordon Brown.

According to Sir Paul, far more could be achieved by co-operating together than by working independently.

He said, Scotland, with wonderfully-innovative biomedical teams engaged in path-breaking research, relied on money that came from UK organisations such as the Medical Research Council, the Wellcome Trust and Cancer Research UK.

He said his fear was that it would be difficult to justify using UK money for research in an independent Scotland, adding that this would be a major problem for Scotland, especially in the context of the progress made in biomedical research, including treatment of diseases such as cancer.

Sir Paul, who is now the president of the Royal Society was at one time a researcher at the University of Edinburgh, The Scotsman reported.

The Royal Society supports more than 1,400 researchers through the £650 million Crick Institute.

Sir Paul specialised in the study of cell growth and division, and identified key molecules that control the cycle of cells, potentially paving the way for new cancer treatment.

He was knighted in 1999 for services to cell biology and cancer research and was named joint winner of the Nobel prize in Medicine in 2001.

He has been invited by former prime minister Gordon Brown to deliver a speech about research funding in Scotland next month.

Welcoming Sir Paul's comments on the independence debate Brown pointed to figures which he said showed Scotland attracted a disproportionate level of funding, with £12.40 per head in 2011 against a UK average of £8.25.

According to Brown, Scotland could find itself outside the loop, cut off not just from UK funding of Scottish research but from UK-wide collaborative projects and consequently play a much lesser role than what most Scottish people would want: the fullest part possible in the biggest push Europe had yet seen to find better ways of treating and curing diseases such as cancer.