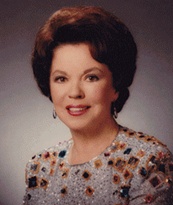 The actress, 85, passed away at her Woodside, California home, surrounded by family and caregivers.

Starting her acting career at the tender age of 3, Shirley became a massive box-office draw before turning 10, and at that time commanded a salary of $50,000 per movie, which was unheard then.

She was first noticed in her 1932 film War Babies, part of the Baby Burlesks series of short films.

Endearing herself to millions with her winsome smile, she sang, acted and tap-danced for about 18 years, bobbing her trade mark corkscrew curls, which were popular with little girls from the 1930s through the 1970s.

Temple's career as an actor took off very early, she was still a toddler when 20th Century Fox cranked out a number of hits including Little Miss Marker (1934), Curly Top (1935) and The Littlest Rebel (1935).

At the box office, she competed with the great adult stars of her day, such as Clark Gable and Bing Crosby.

She ruled the box-office for four years in a row, from 1935 to 1938, during the Great Depression, when her films offered millions of Americans much needed uplifting moments.

Retiring from film making at 22 she married businessman Charles Black, changing her last name from Temple to Temple Black.

Temple transitioned from the silver screen to public service later in life with her appointment as ambassador, which came after secretary of state Henry Kissinger heard her discussing Namibia at a party and, in her words, was "surprised that I even knew the word."

At a time when few women got such posts, she not only proved herself over and over, but also went on to win the respect of colleagues and world leaders.

She ran unsuccessfully for Congress in 1967, as a Republican, but served in the administration of Richard Nixon as a member of the delegation to the United Nations General Assembly.

She served as ambassador to Ghana in the administration of Gerald Ford, and then as chief of protocol.

She served as a State Department trainer during the administration of Ronald Reagan, her former co-star, and in the first Bush administration, as ambassador to Czechoslovakia during the historic days of the fall of the Iron Curtain.

Former US president George H W Bush, said Tuesday that he and his wife "mourn the loss of an American icon."

"She captured the affections of millions around the world by her endearing performances on the silver screen as a young girl, but I also admired Shirley for her selfless service to our country later in her life," Bush said in a statement. "In both roles, she truly lifted people up and earned not only a place in our hearts -- but also our enduring respect.

"Barbara and I send our condolences to Shirley's family and countless fans around the world."

The Temple Black family said in a statement, they "salute her for a life of remarkable achievements as an actor, as a diplomat, and most importantly as our beloved mother, grandmother, great-grandmother, and adored wife of fifty-five years of the late and much missed Charles Alden Black."