Govt to invest $10 bn in semiconductor units in Gujarat, UP

The government will be investing $10 billion in the semiconductor manufacturing facilities coming up in Gujarat and UP, where a consortium of manufacturing firms have come up to set up the production bases. India would also be investing $400 million in developing an Indian version of micro-processor. 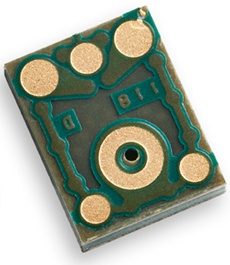 These are part of the initiatives underway to create an eco-system that lays focus on high-end innovation, secretary, Department of Electronics and Information Technology, R S Sharma said on Thursday.

Addressing the first Indian Electronics Expo, organised by Electronics and Computer Software Export Promotion Council (ESC) in New Delhi yesterday, he said the measures would considerably strengthen the infrastructure for chip manufacturing and designing in India and cater to the growing domestic demand as also help cut down imports over the next few years.

Jaiprakash Associates Ltd is teaming up with International Business Machines Corp (IBM) and Israel-based TowerJazz to set up a Rs29,000 crore chip making unit in Greater Noida, in UP while Hindustan Semiconductor Manufacturing Corp in partnership with French-Italian electronics and semiconductor maker STMicroelectronics NV and Malaysia-based wafer manufacturer Silterra is setting up a Rs34,000-crore fab facility in Prantij, near Gandhinagar in Gujarat.

The government has created a dedicated fund, known as Electronics Development Fund, to leverage the use of venture capital funds to promote more start-ups in the country, he added.

Sharma said India already has an electronic production base and the frugal technologies that it has evolved has a higher value quotient and are suitable for many countries which are at the same level of development.

At the same time, he said, India also provides an exciting hub for electronics investment, mainly on account of the surging domestic market and infrastructure, logistics and financial support being provided to the investors, both from India and abroad.

Creation of an electronic chip manufacturing base coupled with the `Make in India' and `Digital India' programmes initiated by the government and a revival in interest in electronics production in the country would help India achieve the target set for zero import of electronics into the country by 2020, he added.

Currently, China is the major producer of electronic goods in the world and many of the electronics giants are embarking on a China plus strategy, mostly focusing on India, he pointed out.

India needs to increase its electronics hardware production at least 10-fold to catch up with the demand and to meet the target of achieving zero import by 2020, as envisioned by the prime minister. India, he said, produces many frugally designed products that would be relevant to countries in Africa, Latin America and CIS. He referred to the example of mosquito repellent, which has frugal designing and cheaply priced but highly suitable to low-income countries.

The expo is being attended by over 125 delegates from 26 countries. More than 30 Indian companies are displaying their electronics hardware products at the two-day expo.