Nippon Paint Holdings Co Ltd on Friday announced deal with its joint venture partner Wuthelam Group to acquire 100 per cent ownership in all of their Asian ventures in a deal worth 1.285 trillion yen ($12.18 billion). 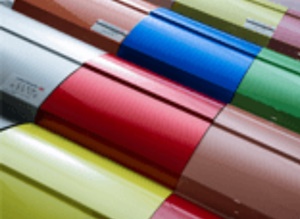 Under the agreement, Nippon Holdings Ltd will own 100 per cent of all their Asia businesses while the stake of Singapore’s Wuthelam Group in the Japanese company will rise to just under 60 per cent from 39 per cent.
The deal involves acquisition of additional equity interests in the company’s joint ventures with the Wuthelam Group in the Asia Region, including in the Indonesia Business through conversion to subsidiary, and issuance of new shares through a third-party allotment, and subsequent change in parent company.
Asia’s top paint maker said it will use the funds raised as well as 100 billion yen in cash to buy out Wuthelam from their Asian joint ventures in countries including China, Malaysia and Thailand, as well as acquire Wuthelam’s wholly owned business in Indonesia.
As part of the deal, Nippon Paint will sell 1.185 trillion yen ($11.2 billion) worth of shares to Wuthelam.
Nippon Paint Holdings Co Ltd has been collaborating with Wuthelam Holdings Limited and its representative Goh Hup Jin (Wuthelam and Goh Hup Jin and subsidiaries and companies substantively controlled by them collectively, by appointing Wuthelam Group as the company’s Asian sales agent in 1962 and establishing a joint venture in Singapore with the aim of expanding its paint business in the Asia region. This was later followed by joint ventures with the Wuthelam Group in Thailand, Malaysia, China, and other Asian countries, securing one of the largest market shares in the region.
In 2014, the company further strengthened this partnership by acquiring majority interests in the JVs, with the aim of further expanding its Asia business. Nippon Paint and the Wuthelam Group have collaborated closely in construction paint in the Asian market and in a wide range of other business areas, including industrial paint and automobile paint for almost sixty years.
The amalgamation move is aimed at maximising shareholder value through construction of a growth base for its Asian businesses and to enhance its financial base for future growth.
Accordingly, the b board of directors of the company adopted a resolution at its meeting on Friday to enter into a transaction agreement with the Wuthelam Group regarding the company’s acquisition of the equity interests held by the Wuthelam Group in the target joint ventures and the Indonesia business, which is operated by the Wuthelam Group and in which the Wuthelam Group owns 99.9 per cent of the equity interests.
The board also adopted a resolution to issue new shares through a third party allotment to Nipsea International Ltd (NIL) and Fraser (HK) Limited, both members of the Wuthelam Group.
The 139-year-old Japanese firm is seeking growth outside its mature domestic market, and has prioritised global expansion. Last year, it acquired Australia’s top paint maker DuluxGroup Ltd in a near $3 billion deal.
Asia is Nippon Paint’s most important market and accounts for 52% of its revenue, compared with 26 per cent for Japan, according to the company’s website.
The company may pursue more M&A deals should it need additional capital, Nippon Paint said during a conference call.
Yuichiro Wakatsuki, chief financial officer of Nippon Paint Holdings, said the deal with Wuthelam would “strengthen its balance sheet”, and was expected to result in a 0.6 per cent increase in profit margins and earnings per share growth of over 10 per cent.
The Japanese firm will remain listed, and its top shareholder Wuthelam will not sell the company, said Masaaki Tanaka, chief executive officer of Nippon Paint Holdings.
The deal is expected to be finalised in January, after it is cleared by regulators in each of the markets where the businesses operate.
MORE REPORTS