Japan's Nippon Paint Holdings Co Ltd has proposed to buy Australia's biggest paint maker DuluxGroup Ltd for A$3.8 billion ($2.7 billion), to expand its global footprint and strengthen its No 1 position in Asia and Pacific region. 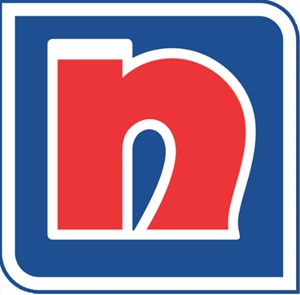 DuluxGroup is a leading player in the decorative paint market in the Pacific region where the demand is expected to grow, and is a blue-chip company with stable and continuous track record of profit growth since its demerger in 2010.
The acquisition will help Nippon paints incorporate the Pacific and Asian markets and further strengthen its hold on the Asian market.
The acquisition will catapult Nippon Paint, the world's fifth-largest paint maker, from a bit player to the biggest paint seller in the Asia-Pacific region. It also offers investors in Dulux, whose paint colours more than a quarter of Australia's homes and buildings, a chance to cash out at the end of a long construction boom.
By incorporating the Pacific region, Nippon optimises the balance between the fast-growing regions like China/Asia and the stable-growth regions like Japan, US, Europe, which ensures Nippon’s further strong business structure.
The value of the transaction (equity acquisition price) will be 300.5 billion yen, funded by borrowings from financial institutions, and Nippon said it is not planning to raise funds through the issuance of new shares.
The acquisition will be EPS accretive from the first year and will maximise shareholder value, Nippon Paints said.
The acquisition of DuluxGroup significantly contributes to the creation of the corporate and shareholder value. By incorporating the Pacific region, optimises the balance between the fast growing regions like China/Asia and the stable-growth expected regions like Japan, the US and Europe.
Dulux owns the Dulux trademark in ANZ, Papua New Guinea, Fiji and Samoa and the Cabot’s trademark in ANZ, Papua New Guinea and Fiji. Dulux, the target of the share acquisition, is not associated with, and has no connection to, the owners of and the products with the Dulux and Cabot’s trademarks in any other countries, the company stated in a release.
DuluxGroup shareholders will be receiving A$9.80 per share in total, inclusive of A$0.15 per share as interim dividend for the six months ended 31 March 2019. The purchase price represents 27.8 per cent premium to the closing price of DuluxGroup shares on 16 April 2019.
Nippon proposes to finance the transaction by loans from financial institution (no new share issuance)
To deal will be implemented under a Scheme of Arrangement (SOA) pursuant to the Corporations Act of Australia, which is a common procedure for acquisitions under Australian law, and is a amicable method of acquisition whereby following agreement by the board of directors, the acquisition can be effected with approval at shareholders meeting (approval by at least 75 per cent of the votes cast and a majority (by number) vote of the shareholders present and voting, in person or by proxy) and from the Supreme Court of Victoria (Australian)
The DuluxGroup board has unanimously recommended the acquisition process leading up to completion of the acquisition.
The deal is subject to approval from shareholders and from the Supreme Court of Victoria and authorisations from Australia and New Zealand foreign investment authorities.
Nippon Paints proposes to execute the SOA and close the transaction by around mid-August, 2019.
MORE REPORTS