North American budget hotel chain La Quinta Holdings Inc, which has a market cap of $1.78 billion, is preparing to explore a sale of the company, hoping for a high valuation as its seeks to spin off its real estate assets, Reuters yesterday reported, citing people familiar with the matter. 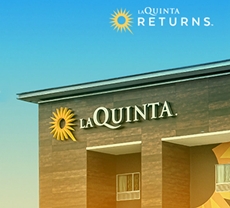 The Texas-based hotel chain plans to spin off its real estate business into a publicly listed real estate investment trust, and keep its franchise and management operations, the report said.

Such a move would lower the tax from the sale of its hotel business and be more palatable to shareholders, the report added.

La Quinta will begin talks with potential suitors once it files a Form 10 with the US Securities Exchange Commission for the spin-off. The filing could come before the end of the second quarter in June.

US private equity firm Blackstone Group took La Quinta public in 2014 and still owns close to a third of the company.

La Quinta Corp is one of the largest owner / operators of limited-service hotels in the US, with over 65,000 rooms.

It owns, operates or franchises 888 hotels having a total of 87,200 rooms located across 48 US states Canada, Mexico, Honduras and Colombia, of which 322 hotels are owned and operated, and 566 franchised.

As of 31 December 2016, the company had a pipeline of 248 franchised hotels in the US, Mexico, Colombia, Nicaragua, Guatemala, Chile and El Salvador.