Debt-laden hospitality group Hotel Leelaventure has sold one of its prime properties, Hotel Leela Goa, to London-based businessman Raj Bagri, to raise around Rs725 crore, in one of the biggest single property deals in the Indian hospitality sector. 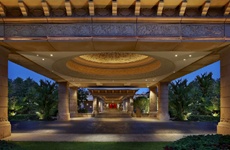 The 206-key hotel will now change ownership from Hotel Leelaventure to Metdist, the business group promoted by Raj Bagri, the India-born businessman.

The Nairs-led Hotel Leelaventure will continue to manage and operate the luxury hotel, which will also retain the name The Leela.

The acquisition is being made through Ceres Hotels, a local unit created by the Metdist Group, a business group created by Raj Bagri, a former chairman of the London Metal Exchange and a former Conservative member of the House of Lords.

The transaction, which is subject to regulatory approvals, is expected to be completed by the end of this year.

The Leela, perched on Goa's beach front, and spread over 50 acres, is one of the top-performing hotels in the country's iconic party destination. In fiscal 2015, the Goa property contributed Rs119 crore (15 per cent) to Hotel Leelaventure's total income of Rs762 crore.

"This investment signifies Metdist Group's confidence in building and growing businesses in India," said Raghav Mittal, president and CEO of MetTube, the parent of Ceres Hotels.

While Raj Bagri, the first non-British chairman of the London Metal Exchange, is the chairman of the low-profile Metdist, his son Anup Bagri manages the group, which also has interests in real estate and insurance.

The latest transaction by Bagri will see the diversified Metdist group marking its entry into hotel ownership in India.

The Metdist Group, which owns metal assets in Malaysia and other parts of the world, had, last year, acquired denim brand Spykar.

The sale of the Goa property is part of Hotel Leelaventure's strategy to pare debt of Rs5,000 crore.

JM Financial Asset Reconstruction, the asset reconstruction firm of financial services conglomerate JM Financial, which took over a significant chunk (about Rs4,000 crore) of the hospitality chain's debt from a consortium of lenders, has advised the sale of the company's certain properties, including the Goa hotel.

"The divestment of the Goa hotel and retaining the management of the hotel under the Leela brand is in line with our strategy to restructure our debt, follow an asset-light strategy and manage more hotels," said Vivek Nair, chairman and managing director of Hotel Leelaventure.

The company, in which India's second-largest hospitality chain ITC owns a stake, had, in 2011, sold the Leela hotel, Kovalam, for Rs500 crore to Saudi Arabia-based entrepreneur Ravi Pillai.

Hotel Leelaventure is also exploring options to sell the 326-room Chennai hotel or bring in new investors at the corporate level as part of its debt restructuring plan. "We are working with JM Financial for a company-level solution and not unit by unit," Nair said.

Over the next one-two years, Hotel Leelaventure chairman Vivek Nair expects his firm to have at least 14 hotels with over 2,200 rooms under management contract apart from five hotels of its own.