Obesity has long been considered as a major killer, but the good news is that an injection is now on offer that would allow people to get rid of not only diabetes but obesity too. 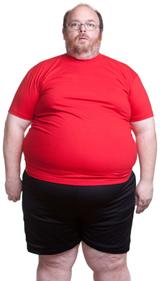 On Saturday, the second day of a national obesity conference on obesity, Dr Shashank Joshi, president of the governing council of the All India Association of Advanced Research in Obesity (AIAARO), said an injection of Glucagon-Like Peptide-1 (GLP-1) hormone was the new medicine on the block that could be used to treat diabetes as well as obesity!

"GLP-1 injection mainly targets the pancreas where it stimulates the beta cells to produce more insulin and targets the alpha cells so that less glucose is produced. By this twin action, it sets a new glucose regulatory mechanism in the body helping to control both diabetes and obesity", Joshi said at the conference ''Obesity in 2011.''

Obesity kills more people that AIDS and is set to become a serious threat according to health experts who had gathered in Ahmedabad to discuss the issue at a seminar in the city. In this backdrop the news comes as especially heartening.

Joshi said obesity was not a new health phenomenon in India, and in fact, it had been described in the ancient Indian texts such as the 'Charak Samhita'. With 24 million people in India classified as 'obese', the threat of an obesity epidemic loomed large he added.

''The Indian population is at a special risk because of the tendency to develop central obesity. The 'thin fat Asian Indian phenotype' is now well established,'' said Joshi. He added that Indians had a higher proportion of fat in their body composition and more so in the abdominal area.