General Insurance Corp of India (GIC Re) on Monday filed a draft red herring prospectus with the Securities and Exchange Board of India (Sebi) to list its shares through an initial public offer (IPO), to raise about Rs6,380 crore (around $1 billion). 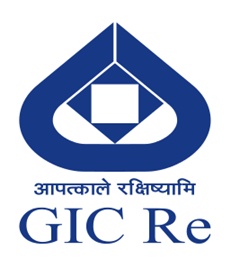 GIC Re will be selling 124.4 million shares, including about 107.5 million of government shares and 17.2 million new shares, comprising 14.22 per cent of the company's post-issue share capital, according to the filing.

Bankers said the issue, which is part of the government's plans to list five non-life insurers in which it holds stakes, could raise more than Rs6,380 crore.

GIC Re has already received an ''in-principle'' approval from the stock exchanges.

Axis Capital, Deutsche Bank, Kotak Investment Banking, HSBC and Citi have been appointed as the merchant bankers to the issue.

The proceeds would help the government meet its fiscal deficit target of 3.2 per cent of gross domestic product for the year ending in March, which includes selling of stakes in companies.

GIC Re's filing comes amid a surge in IPOs, by private insurers, including SBI Life Insurance Co Ltd, a unit of State Bank of India.

The combined ratio of the company's total outflow on its net earned premium stood at 100.2 in FY17 against 107 in FY16.

the solvency ratio, which indicates an insurance company's financial capacity to meet its short-term and long-term liabilities, was 2.41. The Insurance Regulatory and Development Authority-approved standard solvency ratio is 1.5.

The investment income of the company from Indian assets on a restated standalone basis in FY17 was Rs4,515.6 crore against Rs4,175 crore in FY16, showing a compounded annual growth rate of about 4 per cent during the FY15 to FY17 period.

GIC Re was the sole reinsurer in the Indian insurance market until the market opened up to foreign reinsurance players in 2016.