Developing countries are key sources of demand for the quick recovery from the global economic crisis, and over time, they can become multiple poles of growth.  We must recognise these new realities and act on them, World Bank president Robert Zoellick said in his opening opening remarks at the IMF-World Bank spring meeting. 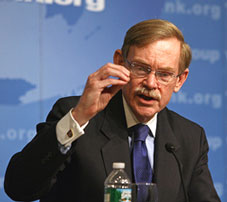 "We are now in a new, fast-evolving, multi-polar world economy.  Economic and political tectonic plates are shifting. We can shift with them, or we can continue to see the world through the prism of the old," zoellick remarked.

He said the World Bank the Spring Meetings represent a turning point for the World Bank, which has made commitments of a record over $105 billion since July 2008 when the crisis began to bite.

"The crisis has also shown that the old assumptions no longer hold. If 1989 saw the end of the Second World with communism's demise, then, 2009 saw the end of what was known as the Third World," Zoellic said.

He called for a change in the working of the World Bank as the old geopolitics won't work, and so will international institutions. "Our 186 shareholders will therefore be considering four major issues this weekend to advance this change," he said.

Zoellick called upon members to support a $1.5 billion capital infusion, the first in more than 20 years, which would address the impact of once-in-a-lifetime crisis.

The proposal foresees an increase in paid-in capital of the Bank to $5.0 billion from the current $3.5 billion, in a selective capital increase linked to the change in shareholdings.