A committee set up by the Reserve Bank of India (RBI) to suggest long-term measures to ensure economic and financial sustainability of micro, small and medium enterprises (MSME), has suggested doubling of the collateral-free loan limit under the Mudra scheme to Rs20 lakh, from the present Rs10 lakh. 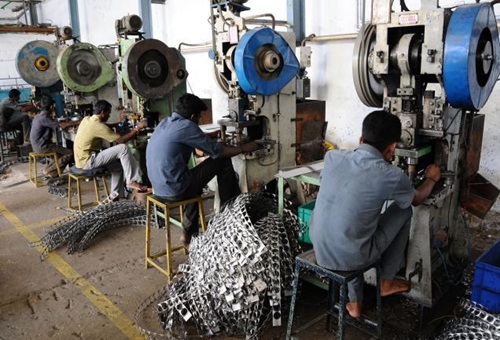 In its report presented to the RBI, the expert committee headed by former chairman of Sebi, U K Sinha, has also suggested mainstreaming the process of restructuring of stressed loans, considering the central bank had given a one-year window to banks to do so in January.
Under the Pradhan Mantri Mudra Yojana (PMMY), launched on 8 April 2015, financial institutions, including commercial banks, RRBs, small finance banks, cooperative banks, MFIs and NBFCs, loans up to Rs10 lakh to non-corporate, non-farm small/micro enterprises.
Under the Mudra scheme, there are three types of loans — Shishu (loans up to Rs50,000, Kishore (up to Rs5,00,000) and Tarun (up to Rs10,00,000) — depending upon the funding needs of the beneficiary.
In 2018-19, loans worth Rs3,00,000 crore were sanctioned to about 60 million borrowers under Mudra scheme, while a total of Rs7,59,000 core has been sanctioned to over 157 million beneficiaries by MLIs under the PMMY as of 1 February 2019.
MSME borrowers, including self-help groups, are eligible for loans under the Mudra scheme.
The panel’s recommendations come at a time when the government is contemplating changes the definition of MSMEs. As of now, manufacturing units with investment below Rs25 lakh are termed micro, those between Rs25 lakh and Rs5 crore as small, and those with investments of Rs5 crore to Rs10 crore as medium enterprises.
For service units, the corresponding amounts were up to Rs10 lakh for micro, Rs10 lakh to Rs2 crore for small, and Rs2 crore to Rs5 crore for medium enterprises.
Under the draft proposal, which is yet to be approved by the cabinet, annual turnover, rather than investment size, should be the criterion for such units. There would also be no difference between a manufacturing and service unit.
For micro units, the criteria has been a maximum turnover of Rs5 crore, while for small units it is up to Rs75 crore, and for medium up to Rs250 crore.
The Pradhan Mantri Mudra Yojana (PMMY) was launched in April 2015 by Prime Minister Narendra Modi. The loans are given to non-corporate, non-farm small and micro enterprises.
In its monetary policy statement in December 2018, the RBI had stated that considering the importance of the MSMEs in the Indian economy, it was essential to understand the structural bottlenecks and factors affecting the performance of the MSMEs. The banking regulator had also pointed to the need for a comprehensive review to identify causes and propose long term solutions, for the economic and financial sustainability of the MSME sector.
Towards this end, RBI also announced plans to constitute an expert committee on micro, small and medium enterprises.
MSMEs contribute significantly to employment, entrepreneurship and growth in the economy. They remain, by their predominantly informal nature, vulnerable to structural and cyclical shocks, at times with persistent effects. It is important to understand the economic forces and transactions costs affecting the performance of the MSMEs, while often the rehabilitation approach to the MSMEs stress has focused on deploying favourable credit terms and regulatory forbearances, RBI had pointed out.
MORE REPORTS