US pharmaceutical giant Pfizer Inc has agreed to acquire Array Biopharma Inc for $10.64 billion in cash, in a deal which, the company hopes, will help it to become a leader in colon cancer treatment and build up its pipeline of oncology drugs. 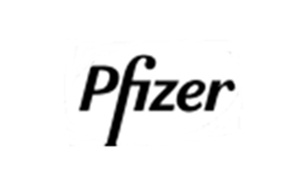 Pfizer Inc and Array BioPharma Inc on Monday announced the signing of a definitive merger agreement under which Pfizer will acquire Array, a commercial stage biopharmaceutical company for $48 per share in cash, for a total enterprise value of approximately $11.4 billion.
Pfizer will pay a hefty premium of 62 per cent for Array, which sells the combination treatment Braftovi and Mektovi for melanoma. But those drugs appear poised to become part of a promising triple combination for advanced colorectal cancer.
Array is focused on the discovery, development and commercialisation of targeted small molecule medicines to treat cancer and other diseases of high unmet need.
The boards of directors of both companies have approved the merger, Pfizer stated in a release.
Array’s portfolio includes the approved combined use of `Braftovi’ (encorafenib) and `Mektovi’ (binimetinib) for the treatment of `BRAF V 600E’ or `BRAF V 600K’ mutant non-resistant or metastatic melanoma. The combination therapy has significant potential for long-term growth via expansion into additional areas of unmet need and is currently being investigated in over 30 clinical trials across several solid tumor indications, the release added.
In the US, colorectal cancer is the third most common type of cancer in men and women. An estimated 140,250 patients were diagnosed with cancer of the colon or rectum in 2018, and approximately 50,000 are estimated to die of their disease each year. BRAF mutations are estimated to occur in up to 15 per cent of colorectal cancer cases and represent a poor prognosis for these patients.
“Today’s announcement reinforces our commitment to deploy our capital to bring breakthroughs that change patients’ lives while creating shareholder value,” said Albert Bourla, chief executive officer of Pfizer. “The proposed acquisition of Array strengthens our innovative biopharmaceutical business, is expected to enhance its long-term growth trajectory, and sets the stage to create a potentially industry-leading franchise for colorectal cancer alongside Pfizer’s existing expertise in breast and prostate cancers.”
In addition to the combination therapy for BRAF-mutant metastatic melanoma, Array brings a broad pipeline of targeted cancer medicines in development, as well as a portfolio of out-licensed potentially best-in-class and/or first-in-class medicines, which are expected to generate significant royalties over time.
“We are incredibly proud that Pfizer has recognized the value Array has brought to patients and our remarkable legacy discovering and advancing molecules with great potential to impact and extend the lives of patients in critical need,” said Ron Squarer, Array chief executive officer.
Pfizer executives said the company began actively pursuing Array last month after it released positive clinical data showing that Braftovi and Mektovi in combination with Eli Lilly and Co’s Erbitux helped reduce the risk of death from colorectal cancer by 48 per cent compared to the standard of care in patients with a gene mutation known as BRAF V600E.
The data “is really a landmark publication in one of the most dismal tumors,” Pfizer research chief Mikael Dolsten said in a phone interview.
“There will be ample opportunities to do combinations and build a whole science platform around colorectal cancer,” said Dolsten, adding that he believes the Array drugs could eventually tackle colon cancer earlier in the disease process.
Braftovi and Mektovi, launched last July for the deadliest form of skin cancer at a price of $22,000 per month, had sales of around $72 million over their first nine months. The company also has revenue from royalty and licensing deals.
MORE REPORTS