Emerson Electric Co yesterday struck a deal to divest its network power unit to investment firm Platinum Equity in a deal worth $4 billion, in order to focus on its high-growth businesses. 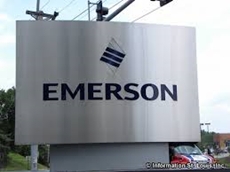 The proposed sale is Emerson's second divestiture to Platinum Equity in the last three years. In 2013 Emerson sold a 51-per cent controlling stake in its embedded computing and power business, which Platinum Equity rebranded Artesyn Embedded Technologies.

Emerson said that it will retain a subordinated interest in the network power unit, which will continue to be led by Scott Barbour, executive vice president of Emerson and business leader for the network power division.

St Louis, Missouri-based Emerson had last year said that it plans to spin off its network power division and explore options for other operations, in order to focus on more profitable units.

With revenue of approximately $4.4 billion in fiscal 2015, Network Power, based in Columbus, Ohio is a leading provider of thermal management, A/C and D/C power, transfer switches, services and information management systems for the data center and telecommunications industries.

''This agreement marks a major milestone in the strategic portfolio repositioning we announced last June,'' said David Farr, chairman and CEO of Emerson. ''By selling Network Power to Platinum Equity, we have achieved a successful result for our shareholders as part of our plan to streamline Emerson to create a more focused company with significant opportunities for growth and profitability in our core served markets.''