Intel to spin out cyber security division and sell majority stake to TPG for $3.1 bn

Intel Corp yesterday said that it would spin out its cyber security division, (formerly known as McAfee), and sell a majority stake in it to private equity firm TPG for $3.1 billion in cash. 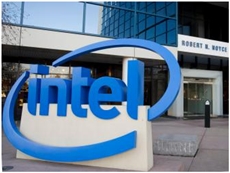 TPG will own 51 per cent of the new entity, valuing the entire company at $4.2 billion including debt of $2 billion, while Intel will retain a 49 per cent stake in the company to be renamed McAfee.

TPG will also make a $1.1-billion equity investment in the new company to help drive growth and enhance focus as a standalone business.

The transaction is expected to close in the second quarter of 2017, subject to certain regulatory approvals and customary closing conditions.

Currently, Intel Security's software platform protects more than a quarter of a billion endpoints, secures the footprint for nearly two-thirds of the world's 2,000 largest companies, detects more than 400,000 new threats each day, and employs more than 7,500 people.

Through the first half of this year, the Intel Security Group revenue grew 11 per cent to $1.1 billion, while operating income grew 391 per cent to $182 million.

Santa Clara, California-based Intel is the world's largest chip maker and its chip run more than 80 per cent of the world's personal computers. If McAfee's anti-virus software were to be embedded with Intel's chips, it would be difficult for other security software companies to forge alliances with PC-makers to buy their software.

Intel's acquisition of McAfee is believed to have been aimed to not only add security features to its PC chips, but also to expand into new areas, such as mobile phones and other personal electronic devices since security is now a fundamental component of online computing.

But Intel failed to embed McAfee's cyber-security protocols within Intel's chips and two of Intel Security's CEO left the company, which is now led by Chris Young, a former Cisco senior vice-president.

McAfee has a suite of software-related security solutions, including end-point and networking products and services that are focused on helping to ensure Internet-connected devices and networks are protected from malicious content, phony requests and unsecured transactions and communication.

Intel said in April that it is cutting 12,000 jobs in order to focus on making chips for data centers and Internet of Things devices.

''Security remains important in everything we do at Intel and going forward we will continue to integrate industry-leading security and privacy capabilities in our products from the cloud to billions of smart, connected computing devices,'' said Brian Krzanich, CEO of Intel.

''As we collaborate with TPG to establish McAfee as an independent company, we will also share in the future success of the business and in the market demand for top-flight security solutions, creating long-term value for McAfee's customers, partners, employees and Intel's shareholders,'' he added.