Zhukovsky, Moscow Region: The Russian ministry of defense and the Tupolev design bureau have signed a contract for the development of a new-generation strategic bomber, the company's director general said Wednesday.

"We signed a contract this year on research and development of a future strategic bomber for the Russian strategic aviation. It will be a conceptually new plane based on the most advanced technologies," Igor Shevchuk said at the MAKS-2009 air show near Moscow. 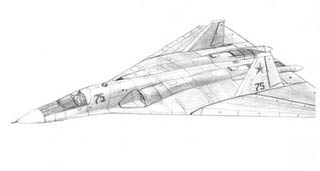 Russia's existing force of Soviet-era Tu-95MC Bear and Tu-160 Blackjack bombers, Tu-22M3 Backfire long-range bombers and Il-78 Midas aerial tankers will continue to form the form the backbone of Russia's strategic air force command in the coming decade as these aircraft have been extensively modernized.

However, Russian authorities said these updated aircraft will be obsolete by 2020, and a new strategic bomber will have to take their place.

Russia's Air Force commander, Col Gen Alexander Zelin had said earlier that a fifth-generation strategic bomber could be effective in both conventional and nuclear conflicts.

"The new plane will use a wide selection of high-precision weapons, and will have a whole range of new combat capabilities, allowing it to apply new methods to carrying out deterrence tasks," Gen Zelin said. 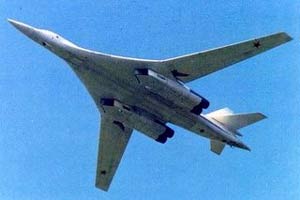 Over the years reports kept emerging that the Russian Air Force was in the final stages of selecting a successor to the Tu-160, Tu-95MS and Tu-22M3 bombers. In contention for supplying a design for the futuristic bomber were Russian design bureaus such as Sukhoi, Ilyushin and Myasishchev along with Tupolev.

With the exception of Tupolev none of these bureaus had prior experience of designing a bomber.

According to reports, though designs for the bomber were submitted no further action was initiated as project funding was a problem. It was also perceived that once initiated the project would require 10-15 years of development. Since Tupolev is intrinsically a bomber design bureau and the lack of a project would have effectively forced the bureau to shut shop.

The Russian government apparently took the precaution to preserve its industrial base for the development and production of new heavy bombers by safeguarding the existence of the Tupolev bureau and issued Russian Government Decree No 720 in 1999 which placed the famed design bureau on the list of companies having strategic importance for Russia's national security.

It is almost certain that design, and a modicum of development work, has proceeded on the 'stealth' strategic bomber. As far back as 1997, the director-general of the Tupolev design bureau, Igor Shevchuk, stated that the bureau was working on a follow-up to both the medium Tu-22 bomber and the heavy Tu-160 bomber.

Some Russian experts are confident that such a bomber would actually enter service within 10 to 15 years after a go-ahead is given.

Given rapid advances and maturities in fifth generation technologies, especially in the field of fighter aircraft design, and a somewhat better state of health for the defence industry it is likely that development process will be rapid. 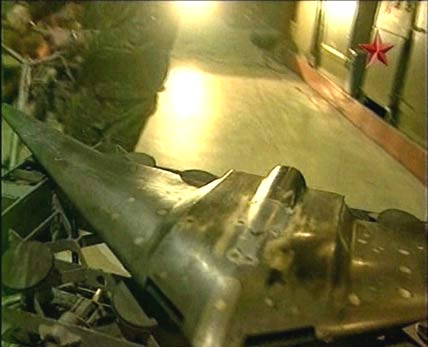 Reports have suggested that Russia already has a Tu-180 heavy bomber--a "stealth" one, very similar to the US B-2 Sprit (See: photograph of model). It is known that Russia has been working on stealth technology and advances have been made, especially for induction into the Sukhoi bureau's PAK-FA fifth generation fighter design.

Experts speculate that it is also possible that the new heavy bomber will be a simpler version of the Tu-160. Given Russian compulsions under START agreements the Russian Air Force will have to decide what the 'mission' contours of the new strategic bomber is likely to be?

If the new bomber is meant to be merely a platform to launch Air Launched Cruise Missiles (ALCM) then it need not carry too many fancy features, as such missiles can be launched from a great distance. A simpler version will also be a cheaper option.