Airbus Group today said that it would sell a further 15-per cent stake in Rafale combat jet maker Dassault Aviation, as part of its plan to monetise its 16 year-old stake. 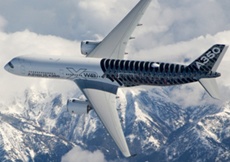 Airbus, a partner in the Eurofighter consortium, plans to sell approximately 1.38 million shares following a book-built offering to Dassault and institutional investors at a maximum price of €980 per share.

The sale will see Airbus' stake drop to around 27 per cent from 42 percent.

The French State has opted not to exercise its right of first refusal under the shareholder agreement with Airbus Group.

The sale comes just four months after Airbus sold around 4.3 per cent of its 46.3-per cent stake in the fighter jet maker back to the group's controlling family for €794 million.

Airbus, which now focuses on making commercial planes, has been under pressure from shareholders to sell its Dassault stake after being forced to acquire it in order to protect the French state's interests in a strategically important company.

With the French government's influence over Airbus weakening, the company declared last year that its Dassault holding is no longer ''strategic''.