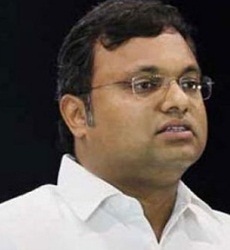 The attached assets include properties in Jor Bagh in New Delhi, bungalows in Ooty and Kodaikanal, a cottage and house in Somerset in UK and a tennis club located in Barcelona, Spain, the agency said.
Besides, the agency attached fixed deposits worth Rs90 lakh, kept in a bank in Chennai, in the name of Advantage Strategic Consulting Private Limited (ASCPL).
The ED had registered a case under Prevention of Money laundering Act (PMLA) in the case regarding FIPB clearance to INX Media for receiving overseas funds to the tune of Rs305 crore in 2007 when Karti’s father P Chidambaram was the union finance minister.
The CBI had filed a case pointing to irregularities in the INX Max case.
The other accused in the case include P Chidambaram, then INX Media Director Indrani Mukerjea and then INX News Director Peter Mukerjea.
The attachment of Karti’s assets come after a Delhi Court on Monday extended the interim protection from arrest granted to Chidambaram and Karti in the Aircel-Maxis case filed by the CBI and the Enforcement Directorate.
Special CBI Judge O P Saini had put up the matter for 1 November after the counsel appearing for agencies sought an adjournment in the matter.
MORE REPORTS