The proposed indefinite fast by Gandhian Anna Hazare to protest the government's stubborn rejection of the civil society members' demand for a strong Lokpal bill, will not be allowed beyond three days, says the Delhi Police. The police have also restricted the number of people congregating at the venue to 5,000. 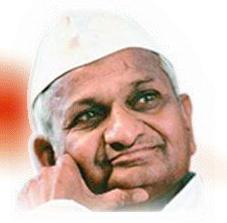 The fast will start at the Jai Prakash Narain Park on 16 August, as per the current schedule.

Hazare, however, has rejected the government's riders, saying he will go ahead with the indefinite fast for a strong anti-corruption Lokpal bill, even if he was arrested.

"Our freedom is being taken away on the 65th Independence Day," said Hazare.

He said the government has cheated the people of the country yet again with a lame Lokpal bill draft and is trying to muffle protests by putting all sorts of conditions.

"The government has cheated us with all its promises. Had we known of government's games, we would have never ended the first protest at Jantar Mantar in April," Hazare told a press conference.