"There are efforts to table an alternative offer. Whether that materialises, we will see," Gabriel told reporters in Berlin yesterday.

Citing government and industry sources, German newspaper Sueddeutsche Zeitung yesterday reported that Gabriel is seeking to form an alliance of German or European companies to table a counter offer in order to prevent Kuka being sold to the Chinese company. 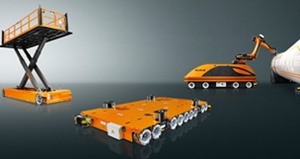 Although Kuka's CEO has welcomed the Chinese takeover bid, Midea may not be able to complete the deal unless Voith and Friedhelm Loh agree to sell their collective 35.1-per cent stake.

It has over 200 subsidiaries globally, employs around 100,000 people and has annual sales of over $21 billion.