The ATM operations industry today said the introduction of a new Rs100 note creates many challenges and an investment of Rs100 crore will be required by the industry to recalibrate the 2.4 lakh cash dispensing machines across the country in a process that will take more than a year. 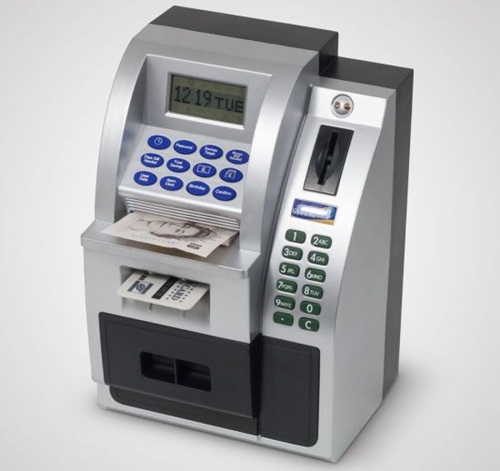 The Reserve Bank of India (RBI) announced on Thursday it would soon release lavender-coloured Rs100 notes bearing the signature of RBI governor Urjit Patel. The dimensions of the new banknote, according to the RBI’s notification, would be 66 mm x 142 mm, significantly smaller than the existing note, which measures 73 mm x 157 mm.
“We believe the exercise of recalibration for new Rs100 notes could cost over Rs1 billion and take 12 months,” Loney Antony, managing director, Hitachi Payment Services, said, adding the process could take longer if not managed well.
"We need to recalibrate ATMs for the new Rs100 note. In India, therefore around 2.4 lakh ATMs will need to be recalibrated," V Balasubramanian, the president of FSS who also serves as the director of the Confederation of ATM Industry (Catmi) said.
He added that the co-existence of both the new and the older versions of Rs100 notes poses a challenge.
"The continuity of old notes, introduction of new notes through the ATM channel and their availability will determine whether to recalibrate or not," he added.
Radha Rama Dorai, the managing director for ATM and allied services for FIS, a payments service provider, said there is a likelihood of an imbalance between supply and demand of Rs100 notes, especially in the hinterland.
"If the supply of the new currency is unable to fill the gap created by the withdrawal of the old currency, dispensation of Rs100 currency notes through the ATMs will get affected till such time the imbalance exists," she said.
According to Catmi, the ATM industry was not consulted about the move and it received the news via media platforms.
This is the fifth new banknote size to be issued by the central bank since demonetisation in November 2016, and is different from the sizes of both Rs200 and Rs2,000 notes. The production of the new notes has already started in Devas and will start in other mints as well, a senior government official said.
“There are four cassettes in every ATM. The different dimensions of the Rs 100 note will mean that two cassettes will be used for a single denomination, leaving only two cassettes for the higher denomination notes. This will reduce the cash carrying capacity of ATMs,” said Sanjeev Patel, managing director, Tata Communications Payment Solutions. He added it would not only increase the cost of carrying cash for ATM operators but could also cause a cash crunch.
Having learnt its lessons from previous experiences of cash shortages, the RBI, after consultation with the government, will go slow in rolling out the new, smaller Rs100 notes.
“The pace of the roll-out depends on the demand for Rs100 notes in various parts of the country, and it is one of the most demanded denominations. It also depends on the old Rs100 notes, which come back to RBI chests. A lot of those notes will be put back into circulation. We don’t want to extinguish them till there are enough of the new notes in circulation,” an official said, adding the recalibration of ATMs would be a slow process and carried out in phases.
The ATM industry raised the possibility of a cash shortage if the supply of the new notes
The RBI started slow on new Rs 200 notes and has ramped up production in the last few months because of demand, and the same process would be followed for new Rs 100 notes, an official said.
One of the key reasons for cash crunch in April was the conversion of Rs2,000 cassettes for new Rs200 notes. “The supply of Rs 200 notes is not enough. While some ATM operators have not recalibrated their cassettes, the ones that have recalibrated are suffering from empty cassettes,” said an ATM operator.
MORE REPORTS