The Scorpio marked Mahindra & Mahindra's transition from a jeep-maker to a manufacturer of passenger vehicles. Following initial domestic success, the Scorpio earned accolades for Indian manufacturing, when exported as the Mahindra Goa. Now, in its latest avatar,  the Scorpio mHawk  has a new engine, but little else. Is the new Scorpio worth a buy? Sourya Biswas reports.

''What's in a name?'', said William Shakespeare, ''That which we call a rose by any other name would smell as sweet.'' The head honchos at the marketing department of Mahindra apparently agree. What else can explain the fact that what began its life as the Eagle, and even grew up as one, suddenly underwent a change of name to another bird of prey – the Hawk? Not that the average person can tell them apart when he sees one. That same average person will have no such problem discerning the new Scorpio in its mHawk avatar from its worthy CRDe predecessor, but only if he takes it for a drive.

The ''only'' in the above sentence exists because there is very little to differentiate the new Scorpio from the outside. Sure it's got alloy wheels as standard issue, but that's to be expected considering the vehicle is currently available only in the premium VLX trim, and costs a bomb. Of course, there are the sexy 'mHawk' metallic badges, but they are hardly visible from a distance. Yes, the decalling on the hood can be seen from quite a distance, but viewers are undecided whether it is something good or bad. While some did agree with Mahindra that the ''exclusive sporty decals add that extra zing to this showstopper'', others thought that the vehicle had a bad case of measles.

There's nothing much to add as regards the exteriors. Although very little has changed from the earlier 2.6 CRDe that may not be a bad thing after all. For the Scorpio still maintains its considerable road presence with its imposing size, hungry stance and toothy grille. Of course, the rear is still relatively boxy and compressed, looking like having come off a losing argument with a heavy truck.

Before moving into the roomy interiors, a brief history of the Mahindra Scorpio is due. The Scorpio has had a long and illustrious life, bagging several accolades along its journey of constant innovation. The Mahindra Scorpio was launched in 2002, soon racking up impressive sales figures and stealing a march over its established rival, the Tata Safari. In 2003, it won four prestigious awards – the 'Car of the Year' Award from Business Standard Motoring, the 'Best SUV of the Year' by BBC on Wheels, 'Best Car of the Year' award, again, from BBC on Wheels and finally, 'Car of the Year' from premier Indian auto magazine Overdrive.

The Mahindra Scorpio underwent a change of heart in 2005 when it was equipped with the second-generation common-rail CRDe engine. The vehicle was one of the few indigenous technical products to have an overseas market, and retailed in Europe under the name Mahindra Goa. But the engineers at Mahindra were not content to rest on their laurels. Now, in its sixth year since inception, the Scorpio gets its second heart transplant and its third heart. 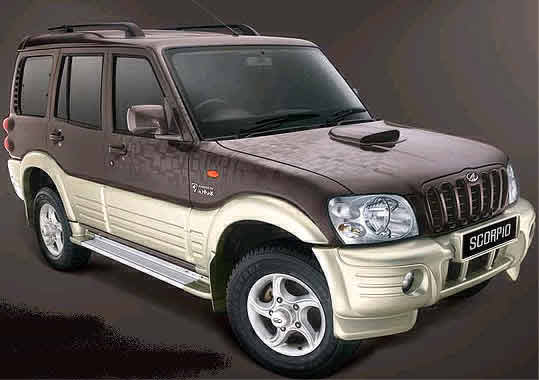