Two days after the differential pricing regulation by the Telecom Regulatory Authority of India put an end to Facebook's Free Basics programme in India, celebrated American investor and Facebook board member Marc Andreessen took to Twitter to vent his ire, but ended up enraging Indians instead. 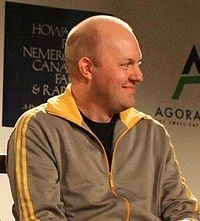 Andreessen, best known for creating Mosaic - the first widely used web browser - and member of the HP and Ebay as well as Facebook board – entered into a series of tweets on Wednesday morning expressing displeasure at the Trai decision to bar all forms of differential pricing. "Leap of net neutrality from "carriers shall not charge some content more" to "poor people shall not get free partial internet" = astounding," he tweeted.

After a round of rebuttals and counter-comments, Andreessen engaged with Indian net neutrality activists on the merits and demerits of Free Basics, eventually leading to the offensive tweet: "Anti-colonialism has been economically catastrophic for the Indian people for decades. Why stop now?"

The tweet led to massive outrage on Twitter, with people expressing displeasure at the American investor's insensitive and ill-considered remark.

Andreessen later deleted the offensive tweet, but it was widely circulated on social media through screenshots.

He is known to block or restrict access to people who disagree with him, and ended up blocking several people from his Twitter profile on Wednesday.

However, the co-founder of Netscape took to the microblogging platform late Wednesday evening, apologizing to the people of India.

"I apologize for any offense caused by my earlier tweet about Indian history and politics. I admire India and the Indian people enormously.

"India is an amazing country with amazing people. Indian companies and people have had profoundly positive effect on the internet and world!"

"I now withdraw from all future discussions of Indian economics and politics, and leave them to people with more knowledge and experience!" he concluded.