India and Australia formally signed a trade deal on Saturday in a development that would help the two nations forge closer trade and economic ties. 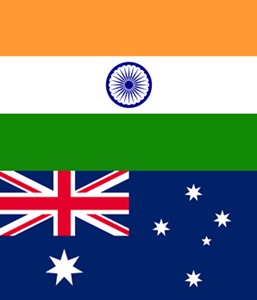 Australia’s trade minister Dan Tehan and India's minister of commerce and industry Piyush Goyal signed the Australia-India Economic Cooperation and Trade Agreement in a virtual ceremony.
Australia's Prime Minister Scott Morrison and India's Prime Minister Narendra Modi witnessed the virtual ceremony.
The two countries have been in negotiations for a decade and the trade deal comes as a big boost to Morrison, who is expected to call a general election within days.
Speaking to reporters in Tasmania, Morrison said the agreement with the world's second most populous nation represented “one of the biggest economic doors there is to open in the world today”.
“These are never all or nothing deals as far as we're concerned, we see all of these as the next step and the next step and the next step,” he said, expressing both countries intention to build closer trade links.
The deal with India removes tariffs on more than 85 per cent of Australian goods exports to India, currently worth A$12.6 billion. This would rise to almost 91 per cent over the next 10 years.
With the trade deal, tariffs on import of Australian sheep meat, wool, copper, coal, alumina, fresh rock lobster, and some critical minerals and non-ferrous metals to India will be scrapped.
It will also see 96 per cent of Indian goods imports enter Australia duty-free.
The India-Australia ECTA encompasses cooperation across the entire gamut of bilateral economic and commercial relations, and covers areas like Trade in Goods, Rules of Origin, Trade in Services, Technical Barriers to Trade (TBT), Sanitary and Phytosanitary (SPS) measures, Dispute Settlement, Movement of Natural Persons, Telecom, Customs Procedures, Pharmaceutical products, and Cooperation in other areas. Eight subject specific side letters covering various aspects of bilateral economic cooperation were also concluded as part of the Agreement.
The ECTA provides for an institutional mechanism to encourage and improve trade between the two countries. It covers almost all the tariff lines dealt in by India and Australia respectively. India will benefit from preferential market access provided by Australia on 100 per cent of its tariff lines. This includes all the labour-intensive sectors of export interest to India such as Gems and Jewellery, Textiles, leather, footwear, furniture, food, and agricultural products, engineering products, medical devices, and automobiles. On the other hand, India will be offering preferential access to Australia on over 70 per cent of its tariff lines, including lines of export interest to Australia, which are primarily raw materials and intermediaries such as coal, mineral ores and wines etc.
As regards trade in services, Australia has offered wide ranging commitments in around 135 sub-sectors and Most Favoured Nation (MFN) in 120 sub-sectors, which cover key areas of India’s interest like IT, ITES, Business Services, Health, Education, and Audiovisual. Some of the key offers from Australia in the services space include: Quota for chefs and yoga teachers; Post study work visa of 2-4 years for Indian students on reciprocal basis; mutual recognition of Professional Services and Other licensed/regulated Occupations; and Work and Holiday visa arrangement for young professionals.
On the other hand, India has offered market access to Australia in around 103 sub-sectors and Most Favoured Nation in 31 sub-sectors from the 11 broad service sectors such as ‘business services’, ‘communication services’, ‘construction and related engineering services’, and so on. Both sides have also agreed to a separate Annex on Pharmaceutical products under this agreement, which will enable fast track approval for patented, generic and biosimilar medicines.
Both countries would continue to work towards a full-scale free trade agreement.
Minister of commerce and industry Goyal said India wanted to move towards a full-scale free trade agreement with Australia in an “accelerated manner”.
“Soon after this current agreement comes into force, we’ll get down to cracking the whip on the next stage to make this a comprehensive economic partnership,” he said.
Australian trade minister Tehan said he was confident that negotiations would advance even if the Morrison government was replaced at the upcoming national election.
Scott Morrison lags in the polls leading up to the general election due in May.
“I have very strong hope, no matter who fills our chairs going forward, we’ll be able to … build on this ground-breaking agreement,” he said.
Australian government is seeking to diversify export markets and reduce the country’s dependence on its biggest trading partner China, after diplomatic spats led to Beijing sanctioning certain Australian products.
MORE REPORTS