Prime Minister Narendra Modi who steered India’s negotiations at the Regional Comprehensive Economic Partnership (RCEP) on Monday decided against signing into the final draft document, saying its contents were too narrow to address India’s concerns. 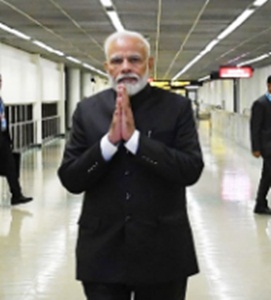 The RCEP, which claims to be a comprehensive free trade agreement being negotiated between the 10 ASEAN member states and ASEAN's free trade agreement partners Australia, China, India, Japan, Korea and New Zealand, however, failed to address India’s concerns.
Prime Minister Modi on Monday held separate talks with Japanese Prime Minister Shinzo Abe, Vietnamese PM Nguyen Xuan Phuc and Australian PM Scott Morrison in Bangkok, before he returned to Delhi last night after participating in the East Asia and RCEP summits in Bangkok.
Modi also sought to dispel the notion that India is reluctant to join the RCEP trade deal. In a detailed interview to Bangkok Post he said India remains committed to a comprehensive and balanced outcome from the ongoing RCEP negotiations but India would like a win-win outcome.
He added that addressing India's concerns over unsustainable trade deficits is important.
The prime minister said a mutually beneficial RCEP, in which all sides gain reasonably, is in the interests of India and of all partners in the negotiations.
RCEP negotiations, which began in Cambodia in 2012, covers areas, including trade in goods and services, investment, market access, economic cooperation, intellectual property and e-commerce.
Modi met his Vietnamese counterpart Nguyen Xuan Phuc on the sidelines of the East Asia Summit at Bangkok, when the two leaders reviewed steps to strengthen the comprehensive strategic partnership between India and Vietnam.
Prime Minister Modi also conveyed best wishes on Vietnam assuming the chair of ASEAN next year.
During his meeting with Australian Prime Minister Scott Morrison, both leaders discussed ways for deepening the friendship between India and Australia.
The two leaders also discussed preparations for a substantive outcome during the Australian Prime Minister’s forthcoming visit to India in January 2020.
Modi also met the Prime Minister of Japan, Shinzo Abe, on the margins of India-ASEAN and East Asia Summit 2019 at Bangkok on Monday. The two leaders have met with each other thrice in the last four months, and their previous meeting was in Vladivostok in September 2019.
The Indian prime minister said he eagerly looked forward to welcoming Prime Minister Abe in India next month for India-Japan Annual Summit. He also said that he was convinced of the success of the forthcoming Annual Summit in further deepening the India-Japan Special Strategic and Global Partnership.
The leaders welcomed the increasing economic engagement between the two countries, propelled by high-level exchanges. The leaders also reviewed the progress on Mumbai-Ahmedabad High Speed Rail project and reaffirmed their commitment to advance mutual efforts to facilitate the smooth implementation of the project.
The leaders welcomed that the inaugural 2+2 Foreign and Defence Ministerial Dialogue will take place later this month in India. They agreed that the dialogue will help provide impetus to the bilateral security and defence cooperation between the two sides.
The two Prime Ministers also reaffirmed their commitment towards a free, open and inclusive Indo-Pacific region based on a rules-based order. They agreed to further strengthen the bilateral cooperation, including in third countries, for achieving the shared objective of peace, prosperity and progress of the Indo-Pacific region.
MORE REPORTS