Ahead of Modi-Xi meet, China pledges to fix trade imbalance

China has pledged to bring down its huge trade surplus with India ahead of the two-day informal summit between Prime Minister Narendra Modi and Chinese President Xi Jinping at Mamallapuram, in Tamil Nadu, in what would also be a symbolic walk into the `Silk Route’ that fostered trade between the Indian coastal town and China around 1,600 years ago. 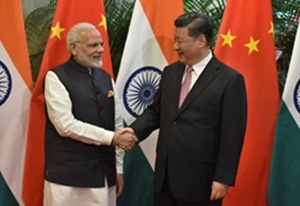 Mamallapuram, or Mahabalipuram as it was known earlier, has ancient trade links between the Pallava kings and China. The heritage town, which was a vibrant port city in the seventh century, had served as a gateway for imports and exports to China and South Asia.
Modi and Xi will hold the second India-China informal summit on 11-12 October; the two are expected to announce additional confidence-building measures to strengthen diplomatic, trade and security relations.
“China is working to bring down its trade surplus with India. In the first eight months of this year, India’s trade deficit went down by 1.6 per cent to $37.9 billion,” Zhu Xiaohong, counsellor, Embassy of China, pointed out at the India-China business meeting and signing ceremony organised by FICCI.
Private companies from India and China signed more than 120 MoUs for export of various products from India, including sugar, chemicals, fish, plastics, pharmaceuticals and fertilisers ahead of today’s meeting of Prime Minister Narendra Modi and Chinese President Xi Jinping in Mamallapuram.
Over 60 Chinese entrepreneurs from 34 sectors will also carry out trade promotion activities in India. These enterprises have formalised trade agreements with orders of about $100 million, Liu Changyu, deputy director general of China’s ministry of commerce said.
India’s trade deficit with China fell to $53 billion in 2018-19 from over $60 billion a year ago, but it still accounts for almost a third of India’s overall trade deficit.
Zhu said that attract Chinese customers, India needs to focus on compatibility, competitiveness, creativity and cooperation. “Chinese consumers want products that are competitive. Also products lacking innovation cannot succeed in the Chinese market,” he cautioned.
Liu said the Chinese ministry of commerce is willing to strengthen cooperation with departments in India to improve economic and trade development. “Chinese enterprises have responded to the ‘Make in India’ and ‘Digital India’ campaigns and their investment in India has exceeded $8 billion,” he said.
“In the next 15 years, China will import $30 trillion of goods and $100 billion of services from the world. As the only two major developing countries with a population of over 1 billion, China and India are focusing on development,” he said.
MORE REPORTS