Russia's Novatek, Petronet LNG to team up for gas projects in India

Russian companies, including the LNG Arctic projects of JSC Novatek, will cooperate with Indian companies for development of the market for natural gas in India, including but not limited to LNG infrastructure projects as the two countries expand and deepen cooperation in the energy sector. 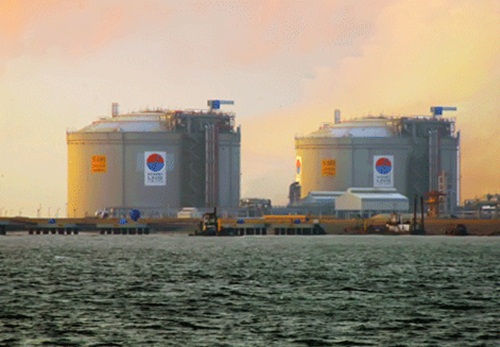 Novatek will team up with India’s Petronet LNG Limited for joint development of downstream LNG business and LNG supplies.
As part of developing a new shipping corridor between India and Russia, India’s ministry of shipping and Russia’s ministry of transport also signed a memorandum of intent on the development of maritime communications between the Port of Chennai and the Russian Port of Vladivostok.
India and Russia on Wednesday agreed to expand their energy sector cooperation to areas like natural gas (including liquefied natural gas), upstream and downstream projects in the oil sector, training of oilfield personnel and technology transfer.
New Delhi and Moscow also affirmed their determination to deepen cooperation in the hydrocarbon sector, bilaterally and in third country projects.
The two countries also released a joint statement on cooperation in hydrocarbon sector for 2019-24 in Vladivostok after Prime Minister Narendra Modi’s annual bilateral summit with Russian President Vladimir Putin.
Minister of energy of the Russian Federation A Novak and India’s minister of petroleum and natural gas and minister of steel Dharmendra Pradhan had met in Moscow on 29 August 2019, ahead of Tuesday’s meeting of Russian President Vladimir Putin and Indian Prime Minister Narendra Modi in Vladivostok.
Hydrocarbon sector cooperation is a major pillar of India-Russia strategic partnership and has grown over the last two decades, notably, in the last 5 years.
“The two countries share ? common understanding that energy is crucial for the development of their people and economy. Both countries recognise the importance of global energy markets that are stable, predictable and balanced giving due regard to the interests of producer and consumer countries,” the release stated.
Russia will significantly increase supply of liquefied natural gas (LNG) to boost LNG imports to India so as to promote India’s bid to transform itself into a gas based economy.
Accordingly, Moscow will encourage its public and private sector companies to participate in gas projects in India, particularly in the development of gas pipeline networks and city gas distribution infrastructure in India.
India's private and public companies will explore the possibility of collaborating in LNG projects, including in the Arctic.
In this regard, Indian companies will examine the possibility of development of closer cooperation with Russian companies, including the LNG Arctic projects of JSC Novatek.
Both countries welcomed the interest of JSC Novatek to enhance LNG supplies to India and joint development of gas market in India, including but not limited to LNG infrastructure projects in collaboration with Indian companies.
Novatek is Russia's second-largest natural gas producer, and the seventh-largest publicly traded company globally by natural gas production volume. The company, originally known as OAO FIK Novafininvest, is based in the Yamalo-Nenets Autonomous Region in West Siberia, and maintains a sales office in Moscow.
Indian and other third country companies have already expanded cooperation with Russia’s leading oil and gas companies in the upstream hydrocarbon sector in Russia.
Indian investments in oil and gas assets in Russia have steadily increased and the country is looking for further investment opportunities in producing oil and gas fields in Russia.
The two countries have agreed to continue to encourage further enhancement of cooperation in the upstream sector and continued dialogue between the leading companies in this regard.
Russia already has a presence in Indian refining sector with Nayara Energy (formerly Essar Oil Limited) Limited, which is a privately-held downstream oil company based in Mumbai, engaged in refining, marketing, production. The company also has a network of over 5,000 retail fuel outlets in India.
The two countries will work for identification of new projects of cooperation in this sector, besides establishing mutually beneficial channels for supply of crude and fuel oil to Indian refineries.
The two countries will strengthen and diversify existing training exchange programme and create new ways of enhancing knowledge exchange, joint research in energy sector, including those in emerging technologies.
Besides, the two countries have agreed to explore the possibility of undertaking joint projects in third countries in the energy sector.
India and Russia on Wednesday exchanged a number of MoUs/agreements during visit of Prime Minister to Vladivostok. These include:
MORE REPORTS