US President Donald Trump has demanded India should withdraw tariffs imposed recently by New Delhi on some 28 products imported from the US, calling the duties “unacceptable” even as secretary of state Mike Pompeo presented a list of do’s and don’ts for India. 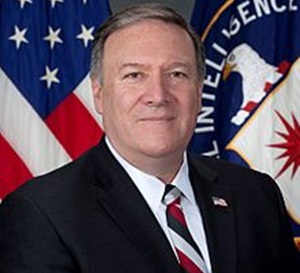 India, however, holds that its tariffs are within the WTO limits and that it has a right to levy tariffs where imports hurt local production.
Government sources rejected Trump’s argument, saying Indian tariffs were not that high compared to other developing countries. In fact, US tariffs on some items were much higher, they point out.
Pompeo, now on a visit to India, on Wednesday presented a list of demands, including stoppage of oil imports from Iran and Venezuela, keeping away Huawei Technologies from 5G networks and greater freedom for religious groups.
The United States also wants India to abandon its defence deal with Russia for purchase of S-400 air defence missiles, a difficult issue for India.
External affairs minister S Jaishankar is repoted to have told his US counterpart that on defence and other strategic issues, India will have to address its national interests.
Pompeo’s demand for religious freedom in India, while points fingers at isolated incidents involving some Hindu groups, are mainly intended at opening up funding routes for US evangelists in India.
While he acknowledged that India's decision to cut oil imports from Iran involved a hike in oil import cost, the US official said the US is doing "everything we can'' to ensure adequate fuel imports for India.
The US secretary of state also suggested that India and the US reach an agreement on allowing data to flow freely among countries.
“Can we come to an agreement that allows data to flow freely among countries so that we don’t balkanise the internet, make our companies less competitive and impede economic growth? I am certain there is a way... One million Indian youth enter the job market every month. There are trillions of dollars in potential American investment sitting on the sidelines, waiting to be put to work in the Indo-Pacific region. Can India find a new appreciation for the economic freedom that complements political freedom? I know that we can do this together,” Pompeo said in his India Policy speech on Wednesday.
India raised import duties on 28 US products after the United States withdrew tariff-free entry for certain Indian goods. The US is also opposed to India’s new e-commerce policy, saying that hurts US firms operating in India.
“I look forward to speaking with Prime Minister Modi about the fact that India, for years having put very high tariffs against the United States, just recently increased the tariffs even further,” Trump said on Twitter.
Trump’s tweet came hours after U.S. Secretary of State Mike Pompeo left New Delhi after meeting Modi. Pompeo had said the nations were “friends who can help each other all around the world” and the current differences were expressed “in the spirit of friendship”.
Trump will meet Modi at the ongoing G20 summit in Japan.
MORE REPORTS