The commerce ministry is reported to have identified 203 products where the trade war has disadvantaged Chinese exporters to push its exports to the United States and as many as 151 items where it could replace US exports to China. 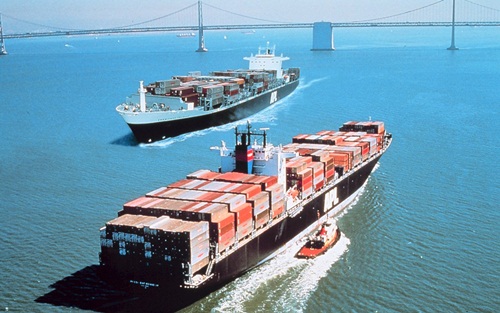 For achieving this, India plans to seek more reciprocal access for these products from the US and the Chinese governments by asking them to remove non-tariff barriers wherever they exist.
But, with China and the United States set for a long fight, it is not known how the markets will shape up and who will actually gain from the US-China trade war.
The reports also come amidst the commerce ministry’s proposal to hike import duties on 28 products India buys from the US.
The commerce ministry has shared to list of items where exports from India can be increased to the US and Chinese markets with the respective ministries and departments and industry organisations so as to work out sectoral plans.
US imports of these products from China are worth $30.6 billion, while India’s exports to the US of such items are worth only $2.4 billion. Against this, India’s global exports of these products are worth $22.2 billion, it is pointed out.
Simultaneously, the commerce ministry has also carried out a commodity-wise analysis where China has imposed different levels of retaliatory tariffs on US products and ways to exploit this to increase India’s access to Chinese market.
Of the items on which 25 per cent duty has been levied by China on the US, India has the outright advantage to displace US exports to China in 47 lines as it is a strong exporter of these items, according to the analysis.
India has listed 47 items including some chemicals, granite, inverters, copper ore and concentrates, where China has imposed 25 per cent tariff on US products.
There are also 29 other items on which China has imposed 10 per cent duty on the US products and India is a strong exporter. The top lines include chemicals, equipment for transmission of voice/data in a wired network and tubes and pipes and hoses of vulcanised rubber.
Of the items on which China has imposed 5 per cent import duty on imports from the US, including engines, diesel, x-ray tubes and some antibiotics, India can displace US exports in 25 lines.
China, meanwhile, said it is prepared to fight a long trade war, according to Chinese Communist Party journal Qiushi (Seeking Truth), which said the United States has underestimated the will of the Chinese people, adding that China would not give way on major principles in its negotiations with the United States.
China has no choice, nor escape route, and will just have to fight it out till the end, the Global Times newspaper said in a commentary on the US-China trade spat.
“No one, no force should underestimate and belittle the steel will of the Chinese people and its strength and tenacity to fight a war.”
The newspaper commentary also accused the United States of trying to throttle Chinese technological innovation.
“We must keep the initiative of innovation and development firmly in our hands, increase investment and research in key, core technology areas, pool together more high-value talents, enhance innovation and get rid of the core technology plight,” it said.
The United States kicked off a tariff battle with China in 2018, seeking sweeping structural changes from Beijing and alleging that the Chinese have engaged in intellectual property theft over many years, which China denies.
The Trump administration also accused China of reneging on promises it had made during months of talks.
President Trump’s top economic advisor Larry Kudlow said on Thursday the economic burden of a trade war would shift to China.
Qiushi, on the other hand, said US consumers and businesses had reaped huge benefits from trade with China and warned that trade frictions would inevitably have a serious negative impact on the US economy.
“In an era of economic globalization, trade protectionism is poison, not panacea,” the article said, adding that higher tariffs would increase manufacturing costs for US businesses and push up US consumer inflation.
“As a result of the trade frictions, only a very few Americans will benefit, but the majority of Americans will suffer.”
The US Trade Representative’s Office has initiated a seven-day interaction programme with US retailers, manufacturers and other businesses before hitting another $300 billion worth of Chinese goods with tariffs.
MORE REPORTS