India on Thursday announced a hike in import tariffs on several electronic items and communication devices, to rein in booming imports and bolster a falling rupee. The move will also help boost domestic manufacture of electronic items. 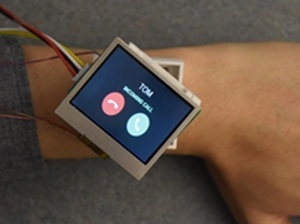 The decision, announced by the finance ministry in three separate notifications late on Thursday, raises the import duty on eight key items to 20 per cent from 10 per cent.
While it is not immediately known as to how much of additional tariff is being levied on each item, the government said non-essential items, including wearables like smartwatches, Voice over Internet Protocol equipment and phones, and Ethernet switches, among other items, may have to pay more for imports.
The items will include optical transport equipment, combination of one or more of packet optical transport product or switch, optical transport network products and IP radios, soft switches and VoIP equipment, packet transport node products, multi-protocol label switching transport profile products beside multiple input/multiple output and long term evolution products.
The decision, which is effective today (12 October), will also potentially hurt Indian telecom carriers such as Reliance Jio Infocomm, Bharti Airtel and Idea.
It will also ratchet up trade tensions with the United States and China, among other countries and hurt network equipment makers such as Cisco Systems, Huawei Technologies Co, ZTE Corp, Ericsson, Nokia, and Samsung Electronics.
Besides, the government has imposed a 10 per cent import duty on printed circuit board assembly (PCBA) of the eight telecom equipments. At present, there is no import duty on the PCBAs.
The notification further said imported goods shall not be used in the manufacture of the eight items.
If found violating rules, manufacturer will be liable to pay an amount equal to the difference between the duty leviable on the imported goods except for the exemption under this/her notification and that already paid at the time of importation.
The move is part of a plan to contain a slide in the rupee, which has lost more than 14 per cent of its value against the US dollar this year, hit by both a widening current account deficit and a general decline in emerging market currencies.
Last month, it raised import tariffs on 19 "non-essential items," including air conditioners, refrigerators, footwear, speakers, luggage and aviation turbine fuel, among other items.
In the budget in February, India had imposed duty on 40 more items, including goods as varied as sunglasses, juices and auto components.
And, in December, it had raised import duty on electronics products such as mobile phones and television sets.
The move is the Prime Minister Narendra Modi government's latest tilt toward protectionism, as it promotes its 'Make in India' programme.
MORE REPORTS