The government on Wednesday announced tariff measures, increasing the basic customs duty on 19 items of import, to curb import of certain items, in a bid to narrow the soaring current account deficit (CAD). These changes in rates of basic customs duty (BCD) are effective today (27 September 2018). 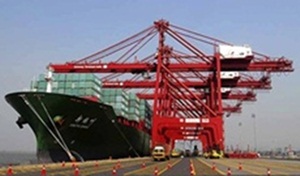 The total value of imports of these items in the year 2017-18 was about Rs86,000 crore $11.87 billion at current exchange rate).
The government also brought aviation turbine fuel (ATF) under the tariff net, imposing a 5 per cent import duty on this sensitive item, a move that could push up air fares.
The other items on which the government hiked import duty include air-conditioners, refrigerators, small washing machines as well as products such as footwear, tableware, suitcases, gold and silver jewellery, and semi-processed diamonds, etc.
The government, however, refrained from raising import duties on electronic items, the surging imports of which are a major reason for India’s widening trade deficit.
It also excluded raw gold from the current hike, possibly on fears of encouraging smuggling, while it has hiked the duty on gold jewellery from 15 per cent to 20 per cent.
The decision to raise the import duty is part of the measures announced by the government on 14 September to arrest the slide in the rupee against the dollar. The Indian currency is the worst hit compared to its Asian peers and has lost nearly 12 per cent against the dollar since January.
The government had announced plans to curb non-essential imports, which it said, would also result in additional tax revenue of about Rs4,000 crore in the remaining fiscal.
But, with oil prices rising, there is a possibility that the current account deficit would still widen.