India, US near deal to remove trade irritants: report

Instead of tit-for-tat tariff measures against US impost of countervailing duties on Indian steel and some agricultural products, India is reported to have negotiated a trade deal with the United States that would benefit Indian farmers and US manufacturers of medical devices the most. 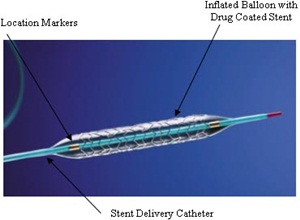 Washington and New Delhi started trade negotiations in June after the US announced its decision to impose tariffs on Indian exports that US said were subsidised and harmful to US manufacturers.
The two countries are reported to be looking beyond the steel tariffs to remove long-standing irritants to ties, a Reuters report quoting sources familiar with the talks said.
Under the deal, Washington is likely to grant concessions making it easier for exporters of products like rice, mangoes, table grapes and lychees to sell in the US market, which was almost closed for Indian farmers on quality issues.
The United States imports just a small fraction of the $5.5 billion of rice shipped annually from India, the world’s top rice exporter. New Delhi wants to sell basmati rice but US agencies have been flagging concerns over the presence of chemical residues in the rice.
New Delhi is also discussing ways to meet stringent US standards to sell bovine meat. India, the world’s biggest buffalo meat exporter, has failed to make any dent in the US market because of Washington’s concerns over foot-and-mouth disease that affects cattle in India.
The two sides are exploring ways to open the US market for certain grades of bovine meat from India, according to the Indian government negotiator and the other sources familiar with the talks.
For its part, the United States wants to sell more almonds to India, the world’s top buyer, cherries and eventually dairy products.
The United States has also been urging India to lower the input costs of components for IT to facilitate local manufacture by companies like Apple Inc and Qualcomm Inc as part of Prime Minister Modi’s Make-in-India campaign.
Also, India’s decision last year to impose price curbs on medical implants had provoked a storm of protest from US companies, such as Abbott Laboratories, Johnson & Johnson (J&J) and Boston Scientific, which said such controls hurt innovation and future investment plans.
In June, the centre’s policy think tank Niti Aayog invited industry views on a new policy which would cap trade margins, and not prices, to help patients while allowing the industry “reasonable profits”.
Reports quoting sources said Niti Aayog had recommended allowing a maximum 65 per cent trade margin.
President Trump has been complaining about India’s high tariffs that cover a range of IT equipment, including circuit boards, screens and memory chips, besides automobiles.
Reports said the two countries are closely negotiating a discrete package of trade issues, which could amount to a substantive agreement, covering most products that are traded bilaterally.
It may be noted that President Trump had earlier this month said that India had approached the United States to “start doing a trade deal.”
While the President did not give any details, he might have been hinting at a possible negotiated trade deal with India.
The current negotiations, however, are aimed at removing sources of friction, and are not aimed at a free trade agreement.
Bilateral trade between India and the US stood at $126 billion last year, less than a fourth of US trade with China. However, unlike some of America’s close allies, India failed to get a waiver after the Trump administration imposed new import tariffs on steel and aluminium in March.
New Delhi said it would retaliate by raising tariffs on a number of US products, but has held back from implementing them while it negotiates a package to soothe ties.
MORE REPORTS