PM on a 5-day Africa tour; to sign defence, trade pacts with Rwanda

Prime Minister Narendra Modi has embarked on a five-day three-nation tour of Africa and is set to reach Rwanda, marking the first ever visit by an Indian prime minister to that country in 20 years. 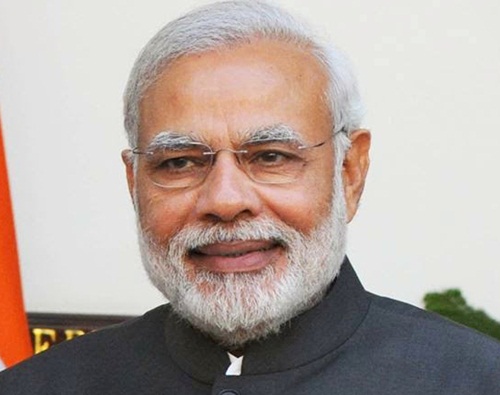 A number of agreements and MoUs in the areas of defence, trade, culture, agriculture and dairy cooperation are scheduled to be signed during the visit.
India is also expected to open its first mission in Rwanda. In 1999, Rwanda established a High Commission in New Delhi and the first Rwandan High Commissioner to India was appointed in 2001.
Rwanda is seen as an important gateway to eastern Africa and India elevated its ties with Rwanda to that of a strategic partnership in January 2017. PM Modi will be in Rwanda on 23-24 before leaving for Uganda (24-25) and to South Africa (25-27).
During Modi's visit, two more lines of credit are expected to be signed – one worth $100 million for industrial parks and a similar amount for agriculture and irrigation. Rwanda is already a recipient of Indian lines of credit of nearly $400 million besides Indian training and scholarship programmes.
Briefing the media, TS Tirumurti, secretary (economic relations) in the MEA, said India will open its first mission in Rwanda very soon. "We expect agreements to be concluded in the areas of defence, dairy cooperation, leather, agriculture and culture," Tirumurti said.
The president of Rwanda's Senate Bernard Makuza has said that Modi's visit will be a "big boost" for bilateral ties and underlined that his country was seeking collaboration with India in sectors such as agriculture and energy.
In Rwanda, Tirumurthi said Modi will visit Rweru model village to gift 200 cows as part of a programme overseen by President Paul Kagame wherein the poorest families get dairy cows from the government and the first female calf born of the cow is gifted to a neighbour to promote brotherhood.
"The gifting of cows is not just an economic contribution, but also an expression of India’s gratitude to Rwanda for treating Indian community well," The Indian Express quoted an official as saying.
India's bilateral relations with Rwanda got a fillip with Kigali becoming a member of these African Regional Economic Communities (RECs) and Rwanda opting to become a member of the Commonwealth in 2009.
The two countries have signed an MoU for promoting inter-parliamentary dialogue. They have also agreed to collaborate in regional and international multilateral parliamentary bodies.
India and Rwanda also signed three MoUs on innovation, aviation and visa requirements last year during then vice-president Hamid Ansari’s visit to the east African country. Both the countries also agreed to set up an entrepreneurship development centre in Kigali and to boost aviation, Rwanda's state airlines Rawanda Air will start services to India.
The development centre will be committed to nurture the spirit of entrepreneurship in the country through education, training and business advisory services.
Rwanda's prime minister Anastase Murekezi had said that the three MoUs will boost economic and business ties between the two nations. "We have 54 years of fruitful bilateral relationship. Rwanda and India share important ties and we are committed to make the relationship grow stronger," he had said.
In February 2017, India and Rwanda also signed an agreement for the exemption of visa for diplomatic and official passport holders. Under the pan Africa e-network project, tele-medicine and tele-education centres were established in Rwanda in 2009 with an aim to enable Rwandan doctors consult their Indian counterparts. The initiative was aimed at giving Rwanda access to medical care and education from India at a fraction of cost.
In terms of trade, Indian has consistently been one of the top import sources for Rwanda and the major items of India’s exports to Rwanda include pharmaceuticals, vehicles, textiles, electrical machinery, optical and other precision instruments and plastics among others.
Kagame had emphasised Rwanda’s readiness to discuss and engage in business with investors from India and all across the world at the opening ceremony of the eighth Vibrant Gujarat Summit. In the joint press conference during the visit of Kagame to India, the two sides agreed to strengthen exchanges and cooperation in culture, tourism, people-to-people links.
India also welcomed Rwanda as the 25th co-signatory country to Modi's initiative of International Solar Alliance and the two leaders also recalled the solar electrification of 35 schools in rural Rwanda under a grant from Government of India as an example of south-south cooperation.
The prime minister will visit the Genocide Memorial and participate in an event on "Girinka” (one cow per family), a national social protection scheme of Rwanda personally initiated by President Paul Kagame.
The prime minister’s official engagement in Rwanda and Uganda include bilateral meetings with the Presidents, delegation level talks and meetings with the business and the Indian communities.
Chinese president Xi Jinping is also visiting the east African country before leaving for South Africa to attend the BRICS summit. He is expected to visit a memorial for Rwanda's 1994 genocide and sign bilateral agreements on Monday.
In Uganda, Narendra Modi will deliver a keynote address at the Parliament of Uganda – the first Indian Prime Minister to address the Ugandan Parliament.
In South Africa, the prime minister will have bilateral meeting with the South African President and will attend the BRICS Summit and other BRICS related meetings. Bilateral meetings with participating countries on the sidelines of BRICS meetings are also planned.
India shares close, warm and friendly relations with African countries that are cemented by robust development partnership and a large presence of the Indian diaspora.
Over the last few years, there has been a significant increase in India’s engagement with African countries with as many as 23 visits to Africa at various levels, including by the President, Vice President and prime minister.
The visit of the prime minister to Rwanda, Uganda and South Africa will further strengthen India’s relations with the African continent.
MORE REPORTS