India, Iran to maintain trade levels despite US pressure

New Delhi has resisted US demands for a complete ban on all imports, including oil, from Iran, saying that India would continue the current flow of bilateral trade with Iran. 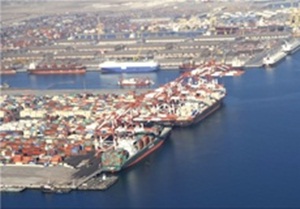 The decision comes after talks between visiting Iran deputy foreign minister Seyyed Abbas Araghchi and foreign secretary Vijay Gokhale, during which both sides discussed “issues that have arisen over the Joint Comprehensive Plan of Action (JCPOA).”
Indian and Iranian officials on Wednesday said India and Iran would “maintain the momentum” of bilateral cooperation.
In fact, an official statement said, external affairs minister Sushma Swaraj will be travelling to Tehran for the next Joint Commission meeting in November, which is the month US sanctions on energy trade would go into effect.
India and Iran had signed a number of pacts during Iranian President Hassan Rouhani’s visit to India in February.
“Both sides reviewed and positively assessed the progress in implementation of decisions taken during (President Rouhani’s visit), especially for enhancing connectivity and strengthening cooperation in trade and economic issues and in the promotion of people-to-people exchanges. It was agreed to maintain the momentum of mutually beneficial multifaceted bilateral cooperation and exchanges between the two sides,” the external affairs ministry said
On 8 May, the United States pulled out of the 6-nation JCPOA, and decided to reimpose sanctions on Iran, due to be implemented in two batches; on 6 August and 4 November, with US officials asking all countries, including India, to bring oil imports from Iran to zero.
Monday’s meetings with Iranian diplomats came a day ahead of talks with a senior US team, including assistant secretary of the treasury Marshall Billingslea and state department official Andrew Peek where the US will discuss its demand for compliance with sanctions to “isolate Iran.”
On the US sanctions, the Indian government has been maintaining that it will go by what is in the country's national interest
Speaking to journalists after the meeting, Araghchi said he “had a very good sense” from his meeting that India and Iran will continue their cooperation despite the US threats.
Iran is India's third-largest oil supplier after Iraq and Saudi Arabia. Iran supplied 18.4 million tonnes of crude oil between April 2017 and January 2018 (first 10 months of fiscal 2017-18).
Reports had, earlier this month, said India was looking at the possibility of falling back on the rupee-rial arrangement for importing oil from Iran in the wake of US sanctions.
The rupee-rial arrangement was used to buy oil from Iran before sanctions were lifted against it three years ago.
MORE REPORTS