The Donald Trump administration in the United States after repeatedly raking up the issue of high tariffs imposed by India on import of luxury motorcycle brand Harley-Davidson has now threatened to slap high import tariffs on "thousands and thousands" of Indian motorcycles imported to the US. 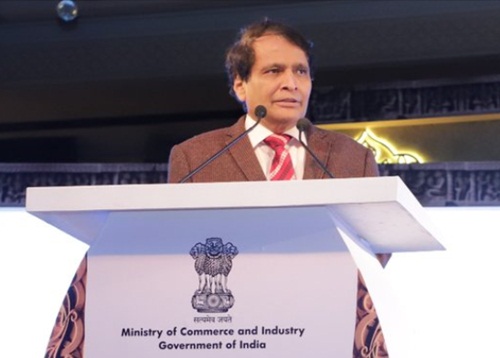 A series of meetings that India’s commerce minister Suresh Prabhu had with US commerce secretary Wilbur Ross and US trade representative Robert Lighthizer in Washington from 10 to 12 June failed to resolve the issue.
India and the United States have now agreed to hold official talks soon to address the trade and economic irritants between the two nations, Prabhu said on Tuesday.
Trump has repeatedly raked up the issue of India imposing high import duty on the iconic Harley-Davidson motorcycles and had threatened to increase import tariff on Indian goods.
This decision was taken during a series of meetings Prabhu had with US Commerce Secretary Wilbur Ross and US Trade Representative (USTR) Robert Lighthizer in Washington during the Indian Minister's visit from June 10 to 12.
"We will now work together to expand bilateral trade," Prabhu told reporters in Washington.
Instead of dealing with individual items of trade there would be comprehensive negotiations on all issues, including US tariffs on Indian steel, he said, adding that India would send an official team to work out the details and start comprehensive negotiations on bilateral trade and economic relations.
"The team will come within the next few days," he said.
In March, US President Donald Trump announced plans to impose import tariffs of 25 per cent on steel and 10 per cent on aluminium imported from India and China, raising the prospects of trade friction.
While China retaliated by imposing tariffs as high as 25 per cent on 128 American products, India sought to settle the issue through negotiations.
India has sought an exemption from the US tariffs along the lines of the relaxations allowed to the European Union, Argentina, Australia, Brazil, Canada, Mexico and South Korea.
A commerce ministry release said Prabhu also met US secretary of agriculture Sonny Perdue and also had a joint meeting with India Caucus Co-chairs Senator Mark Robert Warner and Senator John Cornyn.
Prabhu also addressed business and industry leaders in meetings organised by the US-India Business Council (USIBC) and US-India Strategic Partnership Forum (USISPF) and met other stakeholders.
"It's a great time to join hands with each other and that is the realisation within the (US) administration as well. As you know, we always hear about trade disputes between the US and India, but when I had a meeting with the USTR, the Commerce Secretary, Agriculture Secretary, Senators, it is very clear that we must move on, keeping the issues behind," Prabhu told industry leaders at a reception hosted by USIBC.
"Every great partnership has areas of agreement and disagreement. I am hopeful that the US investment corridor is only going to grow, and I'm confident that we will be able to bridge our gaps," he said at the USISPF event.
In his interaction with industry leaders at an event organised by the USISPF, Prabhu spoke about the improvements that have been made in the trade relationship, including trade deficit reduction.
The industry meetings included senior officials from major American companies such as Boston Scientific, FedEx, Walmart, Abbott, UTC, Honeywell, PhRMA, MoneyGram, Lockheed Martin, Koch Industries, Amway, Uber and 21st Century Fox.
It may be noted that the US President had specifically taken up the issue of India levying 100 per cent tariff on some American products at a press conference during the G7 Summit in Quebec, Canada
Trump also threatened he would limit market access to the US and even cut off trade ties if America's trading partners did not cooperate.
MORE REPORTS