India can begin import of uranium from Australia immediately, foreign minister Julie Bishop said, days after prime ministers of the two nations announced the completion of procedures for a landmark bilateral nuclear deal. 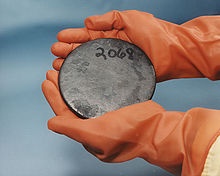 "The supply of Australian uranium will help India meet its rapidly growing electricity demand and improve the welfare of its people. The administrative arrangements have been signed and uranium exports can begin immediately," it said in a statement.

The statement came two weeks after Prime Minister Narendra Modi and his Australian counterpart Malcolm Turnbull announced the completion of procedures for a bilateral nuclear safeguards agreement to come into force.

Australia has about 40 per cent of the world's uranium reserves and exports nearly 7,000 tonnes of yellow cake annually.

India and Australia began talks on the Civil Nuclear Cooperation Agreement in 2012 after Australia lifted a long-standing ban on selling uranium to energy-starved India.

The agreement was signed during a state visit to India by Australia's then prime minister Tony Abbott in September 2014.

It provides the framework for substantial new trade in energy between Australia and India. The supply of Australian uranium will help India meet its rapidly growing electricity demand and improve the welfare of its people, the statement from the Australian foreign minister's office said.

The deal, which follows similar agreements with the US and France, is a step toward India achieving international acceptability for its nuclear programme despite not ratifying the nuclear non-proliferation treaty.

India, where nuclear energy contributes just 3 per cent of its electricity generation, will be the first country to buy Australian uranium without being a signatory to the nuclear non-proliferation treaty.

India faced Western sanctions after conducting a nuclear test in 1998 but the restrictions eroded after a deal with the US in 2008 that recognised its growing economic weight.

India has less than two dozen small reactors at six sites with a capacity of 4,780 MW, or 2 per cent of its total power capacity.

It plans to increase its nuclear capacity to 63,000 MW by 2032 by adding nearly 30 reactors at an estimated cost of $85 billion. It currently has nuclear energy agreements with 11 countries and imports uranium from France, Russia and Kazakhstan.