Good for farmers, bad for consumers: EU to lift ban on Alfonso

The European Union today voted to lift its ban on the import of mangoes from India in view of what it saw as significant improvements in plant health controls and certification systems; clearing the way for them to return to the 28-member bloc by March. 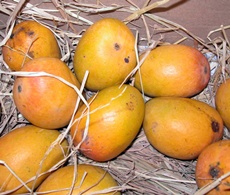 Experts from the UK's Plant Health and Seeds Inspectorate worked with Indian authorities to help them prepare for an EU audit of their export system, which led to the EU plant health standing committee voting to lift restrictions much earlier than expected.

The UK voted in favour of lifting the ban, together with other member states. This means that imports of Alphonso mangoes and other varieties of the fruit grown in India will soon resume.

The flip side of course is that mangoes, especially the succulent but expensive Alfonso, will become even further out of reach of the average Indian consumer.

The prohibition on the import of vegetables from India will be reviewed at later stage after collecting more evidence, the EU said in a statement.

A European Commission committee meeting in Brussels voted to lift the ban on mangoes on 20 January.

"A proposal by the commission to lift the import ban of mango fruits from India was today endorsed by Member State experts meeting at the relevant Regulatory Committee concerned with Plant Health," the statement said.

An audit carried out by the commission's Food and Veterinary Office in India in September 2014 showed significant improvements in the phytosanitary export certification system.

The European Union's "temporary ban" came into force on May 1, 2014 and was to remain effective until December 2015 after authorities in Brussels found consignments infested with fruit flies that they feared could damage European salad crops.

After Tuesday's vote, the EU said, "India has also provided assurances that appropriate measures are now available to ensure that the exports of mango fruits are free from quarantine pest, like the fruit flies not known to occur in the Union.

"The measures will allow the import of mango fruits before the start of the next import season in March 2015," the statement said.

The legislation now needs to be formally adopted and published by the European Commission. This will take around a month, but the positive vote by the Committee gives certainty to Indian exporters and UK importers about the position for the forthcoming mango season.

The EU accounts for more than 50 per cent of total exports of fruits and vegetables from India. The UK is the main destination, followed by the Netherlands, Germany and Belgium.

Welcoming the decision, British High Commissioner in India James Bevan said, "This is great news for the UK-India and EU-India trade relationship and especially for Indian exporters and UK consumers.

Indian mangoes  had been banned because of suspected presence of plant pests that could threaten European salad crops (See: UK says working to end ban on Indian mangoes).