India to pay $1.5 billion of oil dues to Iran in next two months

India will pay $1.5 billion to Iran, over the next two months, to clear about half of the payments due for import of crude oil, following the partial easing of western sanctions on Tehran, oil secretary Vivek Rae said on Tuesday. 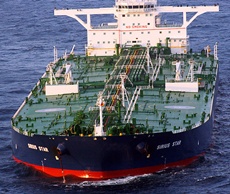 This is part of the $4.2 million in frozen oil payments that Iran got access to in a deal with six western powers on 24 November. Payments for Iran's oil imported by a number of countries had been frozen.

India's payments will now be made in eight installments on a schedule that started with a $550 million payment by Japan on 1 February.

Tehran is allowed to receive $450 million from India on 1 March if it satisfies targets set down in the November deal, according to the payment schedule. It can then receive two further tranches of $550 million on 7 March and 10 April without having to meet further conditions.

Last month India sharply raised imports from Iran, but total shipments from April through January, the first 10 months of this fiscal year, averaged about 201,000 barrels per month, reflecting a decline of 26 per cent from a year ago.

India, in the interim, had arranged a payment mechanism through Turkey's Halkbank, but that had to be stopped under pressure from sanctions. Indian refiners importing Iranian crude have been withholding 55 per cent of the money they owed since February last year.

The $1.5 billion in scheduled payments will clear around half of the $3 billion that Indian refiners now owe Iran.

Meanwhile, Indian refiners importing oil from Iran have been depositing 45 per cent of the payments in a rupee account with UCO Bank, which Tehran has been using for importing goods from India.

The union finance ministry is working out the banking channel for making the payments.

South Korea is set to make two payments in March totalling $1 billion, banking sources said on Wednesday, and the next scheduled tranche of oil funds would come on 10 April.