Constrained by the sustained hammering of the rupee by speculative investors and rising foreign exchange outgo on oil imports, India is planning to seek rupee trading arrangements with some of its major trading partners, including Japan, Iraq and Venezuela, for part of their exports. 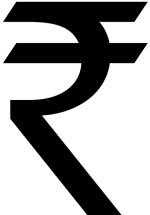 While limiting large rupee-dollar transactions, the move is expected help stabilise the value of the rupee and place it on a path towards global acceptability.

China is already keen to start yuan-rupee trade, and India is hopeful Japan may show an interest in accepting rupee payments.

India has a rupee swap arrangement with Japan for around $50 billion and, with the finance ministry approving the currency swaps with more countries, the commerce ministry and the Reserve Bank of India are now targeting about 10 other countries for such deals.

The focus is on oil exporting nations and others that run large trade surpluses with India, the sources said.

A panel set up in August to study currency swaps is likely to decide on the size of the swaps and the target countries within the next few days.

The finance ministry has already agreed in principle to lobby Venezuela to accept rupees for some oil transactions.

However, with India running huge trade deficits with most countries, it is unlikely that those countries agree on swap trade.

Iran accepts Indian rupee mostly because of trade sanctions by the US and its allies and it is unlikely that other oil exporting countries accept payments in rupee.

However, the possibility of rupee payments driving India's exports of medicine, engineering goods and IT services cannot entirely be ruled out, exporters feel.

Alternatively, India is also looking at the possibility of accepting currencies of some trade partners.

The pressure on the rupee has been increasing with India phasing out capital controls over a period of years, allowing foreigners to invest in more rupee assets. But this has only helped the rupee crash against the dollar, losing 20 per cent of its value earlier this year.

The new RBI governor, Raghuram Rajan, has been backing internationalisation of the currency to stem its continued fall.

"This might be a strange time to talk about rupee internationalization, but we have to think beyond the next few months. As our trade expands, we will push for more settlement in rupees," Rajan said after taking charge as RBI governor in September.

Meanwhile, the International Finance Corporation (IFC), an arm of the World Bank, has come out with its first rupee bond of a value of $160 million, as part of a new $1 billion offshore rupee bond programme.