As India began negotiations with the European Union (EU) in New Delhi for a free trade agreement (FTA), members of the Delhi Network of Positive People (DNP+) - mostly those suffering from HIV and other chronic ailments - on Wednesday held protests against the inclusion of intellectual property (IP) provisions in the FTA. 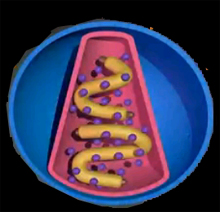 The protestors fear this would prevent Indian generic drug firms from producing and supplying new medicines for the treatment of AIDS and other chronic diseases, which would force patients to buy unaffordable drugs marketed by multi-national companies (MNCs) in India.

The next round of ministerial-level meetings between India and the EU on the proposed FTA is scheduled for November in Brussels, and the negotiations are expected to conclude before the end of 2010.

The protestors claimed that countless persons in developing countries would face hardships if the FTA is finalised without removing the IP provisions.

"Already with the implementation of WTO's TRIPS agreement in 2005, Indian generic companies cannot produce and supply new AIDS medicines that will be needed soon for patients failing second line antiretroviral therapy (ART). The reason - product patents in India," said Manoj Pardesi from ITPC India, who was part of the agitation.

The EU-India FTA, if concluded without removing the IP provisions, would make matters worse as the EU is demanding stipulations that will prolong patent terms by a number of years (patent term extension), delay the registration of generic medicines (data exclusivity), undermine the Indian judiciary's role of protecting patients and make the export of affordable generic medicines difficult (border measures).