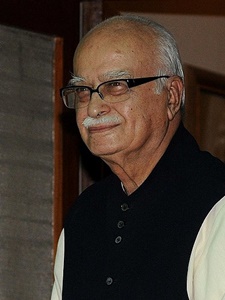 The court held that the 1992 Babri Masjid demolition was not pre-planned and that the charges under which they were accused could not be proved in a court of law.
“Section 120B could not be established since there was no evidence that the accused sat together to plan the demolition. Section 153 dealing with inciting slogans and speeches could not be proven. Section 295 did not apply as no desecration of religious place took place since Muslims were not using the place to offer namaz for years. Section 149 relating to unlawful assembly did not apply since Section 144 was not in place when ‘kar sevaks’ demolished the structure. Section 395 dealing with dacoity could not be established since no one saw the accused run away with inscriptions and other allegedly stolen artefacts,” the court said in its verdict.
Champat Rai, the general secretary of the Shri Ram Janmabhoomi Teerth Kshetra trust, which is in charge of constructing the Ram temple in Ayodhya, is also among the accused.
All accused in the Babri Masjid demolition case have been acquitted by the special CBI court in Lucknow on Wednesday.
The Central Bureau of Investigation has produced 351 witnesses and 600 documents as evidence before the court in connection with the case.
Judge SK Yadav of the special CBI court had on 1 September ordered all 32 surviving accused to be present in the court during the hearing. However, L K Advani, Manohar Joshi, Uma Bharti, Kalyan Singh, Uma Bharti and Mahant Nritya Gopal Das were exempted from appearing personally in the court as they were either sick or too old to present themselves.
“justice has been done,” said defence minister and senior BJP leader Rajnath Singh hailing the Lucknow court decision. “I welcome the decision of the special court in Lucknow to not accuse all 32 people, including Shri LK Advani, Shri Kalyan Singh, Dr Murali Manohar Joshi, Umaji as conspirators in the Babri Masjid demolition case. With this verdict, it has been proved that justice has been upheld, though it might have been late,” he added.
Union minister of law and justice Ravi Shankar Prasad met LK Advain at the latter’s residence after he was acquitted, along with 31 others, in the Babri Masjid demolition case by the special CBI court in Lucknow.
Security was tightened at the court premises ahead of the crucial hearing, with special forces accompanying the state police department to ensure law and order situation prevails.
Wooden barricades have been erected in the vicinity of the court building, and movement of buses from the Kaisarbagh bus stand in Lucknow has been diverted. Vehicular movement on roads adjoining the court building has also been minimised.
MORE REPORTS