Students cannot take law into their own hands or destroy public property and courts cannot stop the police from acting against rioters, Chief Justice of India SA Bobde told a clutch of lawyers wanting the Supreme Court to take suo motu case against police action on rioting students in Delhi's Jamia Millia Islamia and the Aligarh Muslim University (AMU). 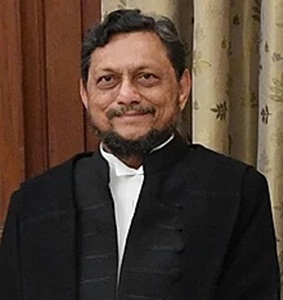 Justice Bobde, however, told the petitioners that the court will hear the matter on Tuesday but only if violent protests stop and the issue is not escalated any further.
"Let all this stop and then only we will hear. We can't be bullied like this. Just because someone is being asked to leave the campus etc. Public properties are being destroyed, buses being burnt...this must stop," CJI said.
Senior lawyer Indira Jaising brought the matter to the notice of the court, citing the recent clashes at Jamia and AMU, and implored upon the CJI to initiate suo motu proceedings to inquire into the whole episode.
Another senior advocate, Colin Gonsalves, also moved a petition on behalf of Human Rights Law Network.
To this, the CJI retorted that the court is not into who is responsible or who is not but rioting must stop if the court is to intervene.
"I don't think the courts can do much. It is law and order problem. Police have to deal with it. But we will still hear it once the peace is restored... Just because they happen to be students, it doesn't mean they can take law and order in their own hands," added the CJI.
According to Jaising and Gonsalves, the rioters are the police and it was the police which was indulging in violence.
Justice Bobde, however, was firm. "We can see what we can do but not like this. If you want to take to the street, do that but then don't come to us. Let there be peace first and we will see what we can do."
The CJI finally asked the lawyers to circulate their petitions and applications, and said the matter will be taken up tomorrow.
"But remember, we will hear this only when there is no further escalation. If protests and destruction of public properties continue, we won't hear you," he emphasised.
Meanwhile, Jamia Millia Islamia vice-chancellor Najma Akhtar tried to defend the students saying, that the police entering the campus is a graver crime that students setting ablaze public property.
Property can be rebuilt, but not the reputation of the university, she argued.
Jamia students are reported to be back on the streets, standing shirtless and demanding action against Delhi Police over the arrest of students from the campus following the violence.
MORE REPORTS