The financial sector in India is witnessing “an unprecedented situation,” which the country has not faced in the last 70 years, Rajiv Kumar, the vice-chairman of Niti Aayog, declared in New Delhi on Friday. 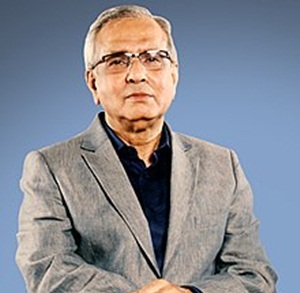 “Over the last 70 years, the government of India has not faced this sort of liquidity situation where the entire financial sector is in churn and nobody is trusting anybody else,” he was quoted by a news agency.
He called for “extraordinary steps” to be taken by the government to deal with the crisis, which has led to a sharp slowdown in economic growth. Kumar, who was addressing a meeting in Delhi, said the economic situation had changed after demonetisation, the introduction of Goods and Service Tax and the Insolvency and Bankruptcy Code.
Lenders had stopped funding businesses, which has forced them to depend on cash. And even in the private sector, nobody is ready to lend, he added.
Urging the government to initiate extraordinary steps, he said: “It takes a lot of courage to break the inertia. I think the government must do whatever it can to take away some of the apprehensions of the private sector.”
Mr Kumar said the government had prevented many of the ‘shadow banks’ from collapsing and was doing everything possible to come out of the crisis.
He admitted that the Union Budget had addressed some of these issues including tackling the stress in the financial sector, which had led to a slowdown in the economy. GDP growth has plunged to a five-year low of 6.8 per cent in 2018-19.
The Niti Aayog vice-chairman said the crisis happened following the “indiscriminate leading” in the 2009-14 period (when the Congress-led UPA government was in power), which led to a spurt in non-performing assets after 2014.
This resulted in a squeeze on bank lending, and saw the emergence of ‘shadow banks’ and a credit growth of 25 per cent. The non-banking finance companies (NBFCs), however, could not maintain this high growth, which led to defaults by some of them, leading to a sharp slowdown.
Kumar pointed out that the government and the Reserve Bank of India have initiated a series of measures to tackle with the financial crisis in the country.
This has stabilised the cash position and public sector banks were providing liquidity to NBFCs. The central government issued guidelines recently to operationalise the Rs1 lakh crore partial guarantee scheme, which allows public sector banks to buy high-rated pooled assets of financially sound NBFCs.
The RBI too has reduced the repo rate on four consecutive occasions this year and had also directed banks to pass the benefits to borrowers.
NBFCs have also been allowed to raise funds through public issues and the requirement of creating a debenture redemption reserve has been done away.
MORE REPORTS