The International Monetary Fund (IMF) expects economic growth in India to accelerate to 7.5 per cent in 2019 and further to 7.7 per cent in 2020, boosted by lower oil prices and slowing inflation. 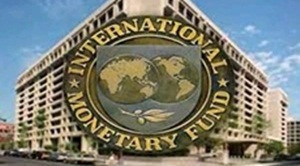 In the January update of its World Economy Outlook, the multilateral agency said India would remain the fastest growing major economies of the world, even as prospects for global economic growth remain clouded.
The IMF projection on the Indian economy growth projection for the country at 7.5 per cent for 2019 and said it is likely to accelerate to 7.7 per cent in 2020.
This comes on a day when China announced that its GDP recorded its lowest growth rate in 28 years at 6.6 per cent (for 2018). This is lower than the IMF’s estimate of 6.6 per cent in 2018 and 6.2 per cent in 2019 and 2020.
The IMF report takes into consideration the slump in oil prices and a weaker domestic inflation. The IMF’s growth projection is higher than the Central Statistics Office’s (CSO) growth estimate of 7.2 per cent, but lower than the RBI’s estimate of 7.4 per cent.
The World Bank has projected a 7.3 per cent growth for the Indian economy.
The IMF's latest update of the World Economic Outlook (WEO) estimates global economy growing at 3.5 per cent in 2019 and 3.6 per cent in 2020 — 0.2 and 0.1 percentage points lower than its October’s projections.
“The downward revisions are modest; however, we believe the risks to more significant downward corrections are rising. While the financial markets in advanced economies appeared to be decoupled from trade tensions for much of 2018, the two have become intertwined more recently, tightening financial conditions and escalating the risks to global growth,” Gita Gopinath, Chief Economist of IMF, said in her blog on the outlook.
She also suggested policy priorities to mitigate global risks. She said that policy-makers need to act now to reverse headwinds to growth and prepare for the next downturn. Countries should quickly resolve their trade disagreements and the resulting policy uncertainties, rather than raising more harmful barriers and destabilising an already slowing global economy.
MORE REPORTS