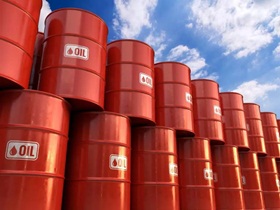 Speaking at a press conference in New Delhi on Friday, Garg, however, refused to give a clear answer on duty cuts. “Just watch the price movement (of petrol and diesel),” he said.
He, however, said the centre is watching the situation and adequate steps will be taken.
His comments come after Brent crude jumped to over $80 a barrel. Retail price of petrol in the domestic market has gone up by 98 paise a litre and that of diesel by Rs1.15 since the 19-day freeze lifted on 14 May.
Garg also said that rising fuel prices may not benefit the central exchequer as excise duty is levied at a specific rate on petrol and diesel, although customs duty on crude is levied at an ad valorem rate (percentage of the value at which duty is levied).
At present, excise is levied at Rs19.48 a litre on petrol and s15.33 a litre on diesel.
So, rising crude price may add something to the exchequer through customs duty, but not excise duty.
States levy VAT ad valorem and the rates range between 6 and 40 per cent on petrol and 6 and 28.5 per cent on diesel.
He, however, said the minor gains in taxes will be more than offset by an increase in the oil import bill by $25 billion to $50 billion under different scenarios.
India spent over $70 billion on oil imports last year and this could cross $100 billion in the current fiscal if oil prices remain high, he said.
MORE REPORTS