Nearly 110 engineering institutes across seven states have sought AICTE permission to shut down or reduce seats for lack of students, leaving more than 1.36 lakh seats in B.Tech and M.Tech streams vacant in the 2018 academic year. 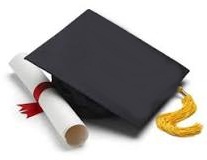 Requests for closure of engineering institutions have been submitted from states including Maharashtra, Madhya Pradesh, Rajasthan, Haryana, Telengana, Chhattisgarh and Kerala.
Another 639 institutes have requested the regulator to reduce their intake by 62,000 seats collectively and have sought NOC from the state governments. This move comes in the wake of AICTE imposing penalty on colleges with poor admissions over the last five years.
While the AICTE has not forced closure of these engineering colleges, it has granted permission for some engineering colleges for closure based on their request.
Engineering accounts for up to 70 per cent of the technical education seats in India. Management (MBA), pharmacy, computer applications (MCA), architecture, town planning, hotel management and ‘applied arts and crafts’ add up to the remaining 30 per cent.
An investigation last year had found that there were no takers for 51 per cent of 15.5 lakh BE/BTech seats in 3,291 engineering colleges in 2016-17.
While lack of employability might have been one reason, the survey conducted in December last year found glaring gaps in regulation, including alleged corruption, poor infrastructure (including labs and faculty), absence of linkages with industry and a general absence of a technology ecosystem needed to foster technical education.
At the same time, AICTE has received 64 applications for the establishment of new institutes, with a proposed addition of 15,000 seats, while 247 existing colleges have applied for expansion, which would add up to 25,000 seats approximately.
While the enrolment in the engineering colleges is based on demand-supply condition, which is attributed to location of the institute, academic and research infrastructure and placement prospects are of prime importance.
Also, with the ministry of human resource development deploying highly qualified and motivated graduates recruited from IITs and NITs to teach in engineering colleges, colleges with poor infrastructure may be left out.
To improve the quality of technical and higher education in the backward areas of the country, the HRD ministry has recruited more than 1,200 highly qualified and motivated graduates from, including IITs and NITs, to teach in engineering colleges in states/UTs like Andaman & Nicobar, Assam, Bihar, Jammu & Kashmir, Madhya Pradesh, Odisha, Jharkhand, Chhattisgarh, Tripura, Rajasthan, Uttar Pradesh, Uttarakhand etc.
Each of the new faculty will be paid Rs 70,000 per month and the government is planning to spend about Rs375 crore in three-year period on this initiative. With this measure, more than one lakh engineering students in the most backward areas would be benefited with better quality education.
This is the first time that such a measure has been taken to improve the quality of education, a Ministry press release informed.
MORE REPORTS