India is now the sixth largest economy in the world with a GDP of 2.6 trillion in 2017, according to a report by Indian Monetary Fund released this week. India displaced France to this position, behind the United States of America, China, Japan, Germany, and the United Kingdom. 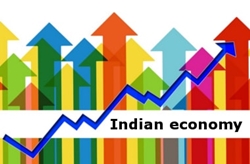 India has “quite a high” debt to GDP ratio, but is trying to lower it using “the right policies”, the IMF’s semi-annual Fiscal Monitor report International Monetary Fund says.
India’s general government debt remained relatively high at 70 per cent of the GDP in 2016, Abdel Senhadji, deputy director in IMF’s Fiscal Affairs Department, told reporters at a news conference in Washington.
“The debt level is relatively high (in India), but the authorities are planning to bring it down over the medium term with the right policies,” Senhadji said.
India is planning to continue with the consolidation in the current fiscal year and over the medium term, the top IMF official said.
“They are, in fact, targeting their federal deficit of three per cent over the medium term, and they are targeting also a debt ratio of 40 per cent over the medium term at the federal level, which corresponds to about 60 per cent at the general government level. And we believe that those targets are appropriate,” the IMF official said.
India has made progress on structural reforms in the recent past, including through the implementation of the GST, which will help reduce internal barriers to trade, increase efficiency, and improve tax compliance. "While the medium-term growth outlook for India is strong, an important challenge is to enhance inclusiveness," the report said.
India's high public debt and recent failure to achieve the budget's deficit target call for continued fiscal consolidation into the medium term to further strengthen fiscal policy credibility, the report said.
The main priorities for lifting constraints on job creation and ensuring that the demographic dividend is not wasted are to ease labour market rigidities, reduce infrastructure bottlenecks, and improve educational outcomes, the IMF said.
"The corporate debt overhang and associated banking sector credit quality concerns exert a drag on investment in India," it said. The global lender was apparently referring to the massive Rs13,700-crore fraud at the Punjab National Bank in which Nirav Modi is the main accused.
According to the report, the recapitalisation plan for major public-sector banks announced in 2017 will help replenish capital buffers and improve the banking sector's ability to support growth. "However, recapitalisation should be part of a broader package of financial reforms to improve the governance of public sector banks, and banks' debt recovery mechanisms should be further enhanced," the IMF said.
"Over the medium term, growth is expected to gradually rise with continued implementation of structural reforms that raise productivity and incentivise private investment," the WEO said.
"The growth rate in China is projected to soften down during this period," it said, adding that over the medium term, its economy is projected to continue re-balancing away from investment toward private consumption and from industry to services, but nonfinancial debt is expected to continue rising as a share of GDP, and the accumulation of vulnerabilities clouds the medium-term outlook.
MORE REPORTS