Ratings agency Standard & Poor's on Friday kept the sovereign rating and outlook for India unchanged at 'BBB-' with a stable outlook, dashing hopes of another upgrade after rival Moody's last week lifted its rating by a notch after a gap of nearly 14 years. 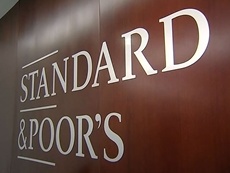 S&P said its stable outlook reflects that growth in next two years will remain strong and fiscal deficits will remain broadly in line with the agency's forecast.

Last week, Moody's Investor Service had upgraded India's sovereign rating in a major boost for the NDA government, which is battling slow growth. The US-based Moody's upped India's rating to Baa2 from Baa3, changing the outlook to 'stable' from 'positive', saying that reforms will help stabilise rising levels of debt. (See: After Moody's, India keeps fingers crossed for rating upgrade by S&P).

Policymakers had used the upgrade to slam critics of the government's handling of the economy.

S&P has kept India's rating at just a notch above investment grade.

"Ratings are constrained by India's low wealth levels, measured by GDP per capita, which we estimate at close to $2,000 in 2017, the lowest of all investment-grade sovereigns that we rate," S&P said in a statement.

"That said, India's GDP growth rate is among the fastest of all investment-grade sovereigns, and we expect real GDP to average 7.6 per cent over 2017-2020 (6.5 per cent in per capita terms)," the agency said.

The verdict by the two ratings agencies is expected to boost sentiment and help India emerge as an attractive investment destination. The upgrade by Moody's will help firms raise funds overseas at attractive rates.

Economic affairs secretary Subhash Chandra Garg said S&P had preferred to be cautious and hoped reforms undertaken by the government will reflect in a ratings upgrade next year.

"We are not disappointed but our expectation would be that S&P also takes into account what the government has done," he said, adding that both agencies had taken note of the reforms unveiled by the government. He also reiterated that the government would stick to the fiscal consolidation path.

In May this year, chief economic adviser Arvind Subramanian had criticised rating agencies for not upgrading Indian despite clear improvements in economic fundamentals. Without naming S&P, he had said in a desperately poor pun that rating agencies may have "poor standards".

Subramanian had said the agencies have been inconsistent in their treatment of China and India, upgrading India's giant neighbour even when its growth rate had fallen and its credit to GDP ratio was worse than India's.

Traditionally S&P has been more conservative than other agencies as far as its ratings are concerned.

''These strengths are balanced against vulnerabilities stemming from the country's low per capita income and relatively high general government debt stock, net of liquid assets," it said.

The agency applauded the number of reform measures undertaken by the government including the rollout of the Goods & Services Tax (GST). But it said that demonetisation and implementation of GST had hurt GDP growth in 2017.

"Confidence and GDP growth in 2017 appear to have been hit by the sudden demonetization exercise in late 2016 (by which high-value cash notes of Indian rupee 500 and above, which constituted about 85 per cent of the country's cash stock, were replaced with new notes, in an effort to curb tax evasion)," it said.

"The July 1, 2017 introduction of the GST, which combines the central, state, and local-level indirect taxes into one, has also led to some one-off teething problems that have dampened growth," the agency said.

It also said that in the medium term growth will be supported by the planned recapitalization of state-owned banks, which is likely to spur new lending while public-sector-led infrastructure investment in the road sector will also stimulate economic activity and private consumption will remain robust.

"The removal of barriers to domestic trade tied to the imposition of GST should also support GDP growth," S&P said.