GST refunds to exporters in 2 weeks, rate relief on 27 items

Bringing significant relief to small and medium businesses and exporters, the Goods and Services Tax (GST) Council on Friday finalised a slew of relaxation measures. It also lowered GST rates for 27 items. 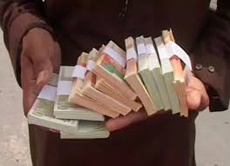 Exporters' tax refunds, which have been pending, will be cleared over the next two weeks - those for July by 10 October, and for August by 18 October. For exports till 31 March, the previous GST exemptions such as advance authorisation, EPCG will continue. A nominal I-GST of 0.1 per cent will apply for merchant exports if they buy from domestic manufacturers.

The decision follows recommendations of a high power committee headed by Revenue Secretary Hasmukh Adhia that looked into ways of addressing the difficulties faced by exporters post-GST and the decline in export performance and export competitiveness.

The committee also comprising five senior government functionaries from the centre and an equal number from the states as members, held wide ranging discussions with major export promotion councils, including FIEO, AEPC, GJEPC, EEPC, CLE, CHEMEXIL, PARMAEXCIL and Handicrafts EPC, etc, besides interacting with stakeholders, and has submitted its recommendations to the Council.

The major issues affecting the export sector related to delays in refunds of IGST and input taxes on exports and working capital blockage as exporters have to upfront pay GST on inputs and capital goods for export production or for procuring goods for export.

Another difficulty was that the duty credit scrips such as MEIS was losing value due to its reduced usability as it could no longer be used to pay IGST / GST.

The Council was unanimous that it is in the national interest to take all possible measures to support the exporting community, which earns valuable foreign exchange and provides significant employment, especially in the small and medium sector.

Accordingly, the Council has recommended that within the next 4 days, ie, by 10 October 2017, the held-up refund of IGST paid on goods exported outside India in July would begin to be paid. The August backlog would get cleared from 18 October 2017 and refunds for subsequent months would be handled expeditiously.

Other refunds of IGST paid on supplies to SEZs and of inputs taxes on exports under bond / LUT, will be processed from 18 October 2017 onwards. For this, the Council agreed to suitably empower Central and State GST officers so that exporters get refunds from one authority only. The Council said other related matters of settlement of funds are being resolved.

To prevent cash blockage of exporters due to upfront payment of GST on inputs, etc, the Council approved two proposals -one for immediate relief and the other for providing long term support to exporters. Immediate relief is being given by extending the Advance Authorization (AA) / Export Promotion Capital Goods (EPCG) / 100 per cent EOU schemes to sourcing inputs etc from abroad as well as domestic suppliers. Holders of AA / EPCG and EOUs would not have to pay IGST, cess etc on imports. Also, domestic supplies to holders of AA / EPCG and EOUs would be treated as deemed exports under Section 147 of CGST / SGST Act and refund of tax paid on such supplies given to the supplier.

Merchant exporters will now have to pay nominal GST of 0.1 per cent for procuring goods from domestic suppliers for export. The Council said details of the scheme would be released soon.

The Council considers the "e-wallet'' as the permanent solution to cash blockage, as this would be credited with a notional amount as if it is an advance refund. This credit would be used to pay IGST, GST etc. The details of this facility would be worked out soon. The Council desired that the ''e-Wallet'' solution should be made operational, wef, 1 April 2018.

Exporters have been exempted from furnishing bond and bank guarantee when they clear goods for export.

Specified banks and Public Sector Units (PSUs) are being allowed to import gold without payment of IGST. This can then be supplied to exporters as per a scheme similar to advance authorisation.

To restore the lost incentive on sale of duty credit scrips, the GST on sale-purchase of these scrips is being reduced from 5 per cent to 0 per cent.

GST on bunker fuel is being reduced to 5 per cent for both coastal vessels and foreign going vessels. This will boost coastal shipping. It will also improve India's competitiveness.

The Council expects these measures to provide immediate relief to the export sector and enhance export competitiveness of India. The Council also decided to continue to monitor the situation closely so that going forward all required support continues to be extended to this important sector.

GST rate on food items down
Rates on food items such as khakra, dried sliced mango, food packets under Integrated Child Development Services, unbranded namkeen, and unbranded Ayurvedic medicine have been lowered to 5 per cent, as have rates of waste paper, plastic and rubber e-waste.

Similarly, the GST rate for job work services provided by Zari workers, imitation jewellery, printing and food items has been cut to 5 per cent.

However, the fitment committee will henceforth decide rates based on a concept paper, and not on an ad-hoc basis.

Friday's move, which comes nearly 100 days after the indirect tax levy was rolled out on 1 July came in response to representions from India Inc over difficulties in filing returns and securing refunds.

The e-way bill will be rolled out between 1 January and 1 April 2018. From 1 April an e-wallet facility will be available for exporters.